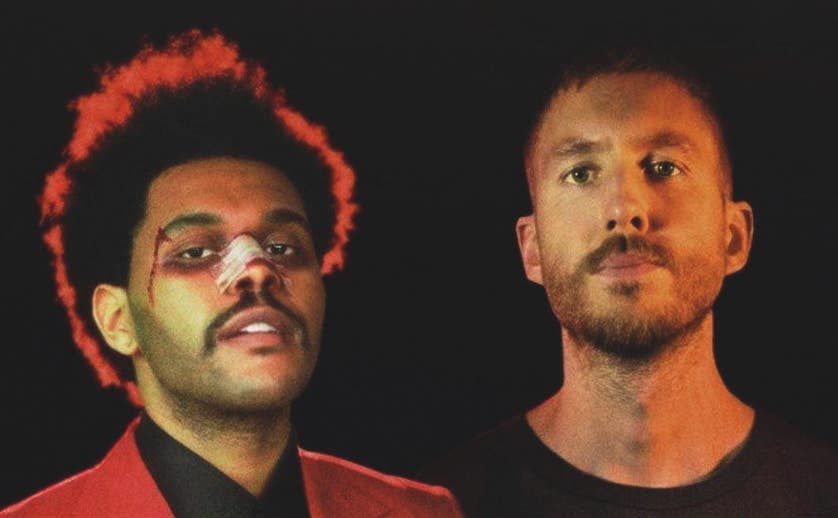 We’ve been expecting this. We needed this. And now, it’s finally out. Calvin Harris and The Weeknd have finally teamed up for what might end up being the track of the year. The long-awaited collaboration by the most successful DJ from the last decade and one of the top artists inside the industry right now came out today. Calvin Harris & The Weeknd’s new track is titled ‘Over Now’ and you will love it!

With the Weeknd peaking on new disco fusion, and Harris making a return to the style he showed us on his last album Funk Wav Bounces Vol. 1, this collaboration is a long time dream for many who treasured tracks such as ‘Slide’ and ‘Rollin’. It’s undeniable both artists are inside the top 10, if not higher inside their respective genres. Calvin Harris spent most of the last decade as the highest-earning DJ in the world, and well, there’s not much to say about the Weeknd which haven’t said before. Today, finally, we can stop wondering what would happen if these two came together in a song and just listen to it, and the result does not disappoint.

A slow, chilled and amazingly composed ballad. That’s how I would describe The Weeknd’s and Calvin Harris latest track. Slow tempo, crafted with a series of amazing synthesizers and live instruments – the best of which in my opinion might be the bass, and on top of it all one of the best voices of our generation. What could go wrong? That’s right, nothing.

Calvin Harris continues his path of collaborating with huge names and delivering bangers. Even tho he’s taken a step back from the dance infusing, uplifting club tracks he’s worked on the last months and last year, the track certainly has a strong enough vibe to become an instant success and a chart climber. Harris delivers once again. So does the Weeknd’s. The two have made up the perfect collab. Get ready to get over that toxic relationship with The Weeknd and Harris’ new track!