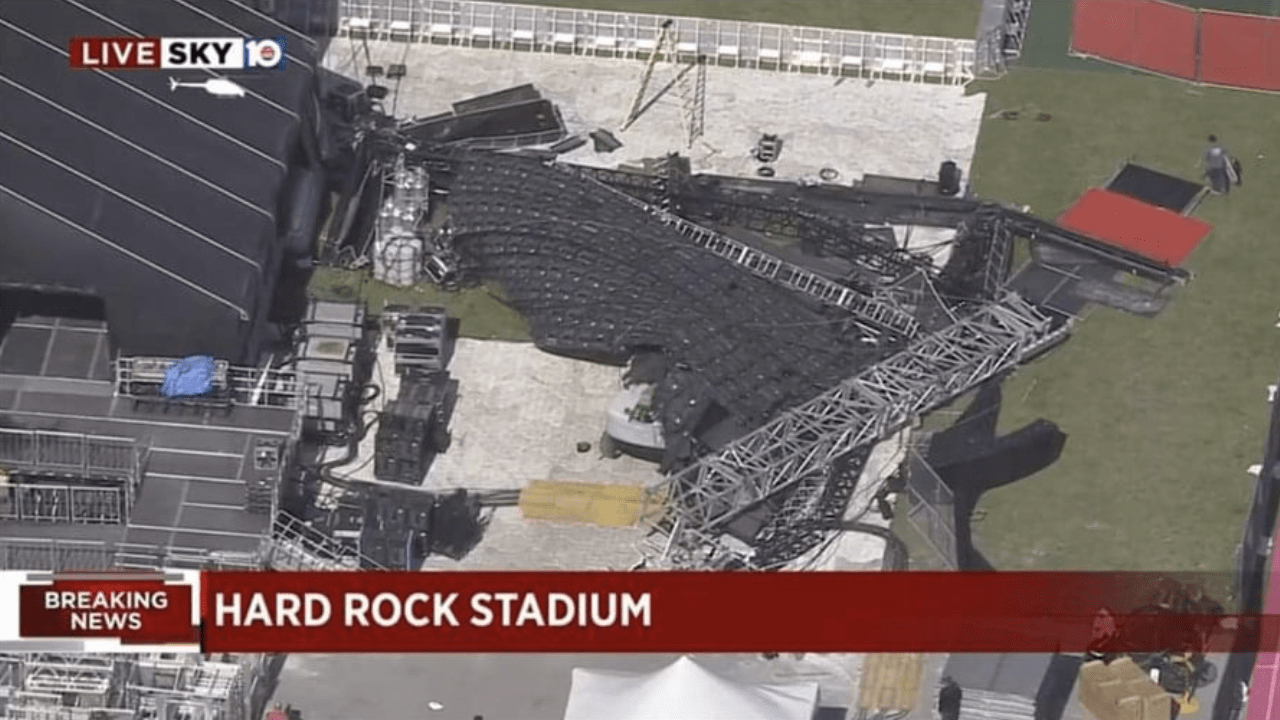 Currently, there’s a lot about Miami’s Rolling Loud festival in the news right now! Besides having an insane lineup, there are many outlets reporting that Kanye West will be performing on Sunday. However, some more information just came about. Late this afternoon, pictures and videos have emerged showing part of a stage LED wall collapsed. Luckily, It seems to just be the left side video wall. Various outlets are also reporting that this happened sometime this morning.

Thankfully, no injuries have been reported and crews are working on getting the stage back up. Despite the somewhat unsettling scenario, Rolling Loud tweeted that the festival is going to continue as planned. The festival begins tomorrow at 5PM EST.

Shortly after this tweet, Rolling Loud then posted the official set times. The stage in question is the Audiomack Stage and is not the largest one. It is unclear what caused the structure to come down as crews have been setting up for over a week. Let’s hope officials are able to reconstruct the structure but also keep the safety of attendees as a priority.