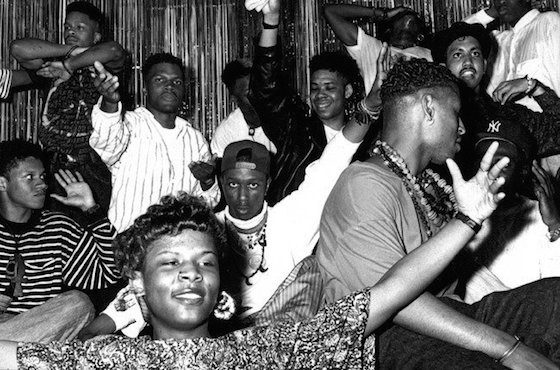 Electronic music has been developed and shaped into where it stands today, thanks to many underserved and discriminated-against communities. Today, we’re exploring various documentaries and books that speak to the enormous role that the black and LGBTQ communities have played in our industry.

In the first place, something my job as an electronic music journalist has taught me is to understand the great role marginalized communities have in creating their different genres. The main question I ask when I meet a new artist or a new genre: Who is their inspiration? What historical event made that inspiration did that kind of music? I am completely amazed when I see the enormous influence of the black community in creating the many styles we love.

From techno to house and drum & bass, many genres of electronic music could not have existed without the influence of the black and LGBTQ community. Even many specialized media outlets in this beautiful musical world would not exist without them.

Magnetic Magazine recently published its watch list of 13 Documentaries on Key Black Dance DJs, Cultural Figures & Institutions. We know these films aren’t the only ones, either – there are so many more documentaries, articles and books that tackle this subject.

But this is a great start, regardless. These documentaries will help educate you on the history of electronic music. Furthermore, we also can understand why it is a subject that comes with many feelings from DJs, media and agents of the music scene.

1. I Was There When House Took Over the World

This documentary covers quite the historical homework, going back to the times when house music was created. It features interviews with key figures like Nile Rodgers, Marshall Jefferson, Honey Dijon, Steve Silk Hurley and many more.

You can watch the full documentary here.

Explore and analyze how magical and mythological the City of Detroit has developed a powerful underground scene, as well as the vibrance that it holds today. This all comes from one of its most iconic duos: Drexciya.

“While many in Detroit looked to space, Gerald Donald and James Stinson created a mythology in deep in the ocean, following in the footsteps of Sun Ra and George Clinton’s Afro-futurist ideals”

3. How Did UK Garage Become Dubstep?

Dubstep and its many sub-genres have been very popular on the music scene in recent years. However, few people know what its origins were. This documentary analyzes what were the genres that allowed it to be born.

The documentary is immersed in Detroit and its huge role in techno music. Artists like Richie Hawtin, Jeff Mills, Carl Craig and Eddie Fowlkes explain why techno could not have come from anywhere but Detroit.

“From the race riots of 1967 to the underground party scene of the late 1980s, Detroit’s economic downturn didn’t stop the invention of a new kind of music that brought international attention to its producers and their hometown”.

This documentary is an essential look at the LBGTQ, Vogue Ballroom scene in Manhattan in the 1980s. It’s expressed through the eyes of the dancers themselves. In short, it shows the various parts that made up this vital and influential scene.

6. Pump Up The Volume: A History of House Music

The documentary shows a brief history of house music, from its beginnings in Detroit and New York to its rise in the United Kingdom and other parts of Europe. The character “Jack” which is often mentioned in house songs is also explained.

This film explores the history of the oldest black-owned disco in America, Catch One, and of its owners, Jewel Thais-Williams. Founded in 1973, this club provided a refuge for people from the LGBTQ community in Los Angeles. Also Black and AIDS-impacted communities for over four decades.

You can watch the full film on Netflix.

The documentary goes back to the early 90s, at the beginning of the Drum & Bass scene with its key characters. It includes interviews with Adam F, DJ Bailey, Ink, Digital, Dillinja, Doc Scott, Ed Rush, Goldie, and Grooverider.

There aren’t too many drum and bass documentaries out there, especially compared to those that cover house and techno. Therefore, it is undoubtedly an excellent opportunity to delve into a style that continues these days.

This short documentary made by Resident Advisor gets into the deep and great life of Black Coffee. It starts at the home he grew up in and shares how he got his career started and eventually became a global sensation.

10. Moodymann: Detroit Dust On My Shoes

Clockwise worked with Mixmag on a once-in-a-lifetime opportunity – shooting a documentary with legendary Detroit producer Moodymann. It goes into the origins of Moodymann as a person and as a musician, who took cues from his musician father and his grandfather.

” We produced a long and short version of the film to be released via Mixmag and New Era channels. The short version is 3:13 in length – capturing the spirit of the longer documentary in a time span reflecting the Detroit area code”.

This film focuses on the late 80s and into the early 90s with the warehouse scene and how that shifted from warehouses to clubs. The recently deceased Mike Huckaby, one of the biggest names in house and techno, is one of the protagonists of the documentary, along with many more DJs who broke into the scene within this timeframe.

This one’s a great documentary made by Goldie, focused on himself. It looks back on his origins in Wolverhampton as a B-boy and his early career.

13. Techno City: What is Detroit Techno?

This documentary is a celebration of the sound of Detroit, with contributions from some of the seminal figures from the techno canon. This term, coined in the 1980s, reflects the musical and social influences that informed early experiments in merging the sounds of synth-pop and disco with funk.

The film explores the story of Larry Heard, also known as Mr. Fingers. They look at the word “deep” and how it has changed till to be, in contrast, a Whitewashed scene. The doc examines what made Larry Heard so timeless with his mix of house, jazz, soul and more.

This film captures a moment in history where humans and machines are fusing to create today’s most exciting sounds. It traces the evolution of electronic music as one of the most profound artistic developments of the twentieth century.

MODULATIONS examines the kids who have turned the turntable into a musical instrument. Disillusioned disco lovers who created acid house out of primitive synthesizers.

This is just a small sample of some documentaries that show the massive influence that the black community has had on electronic music. At the same time, in these documentaries, you will find the answer to why there are concepts such as PLUR or why it is a refuge for many discriminated people.