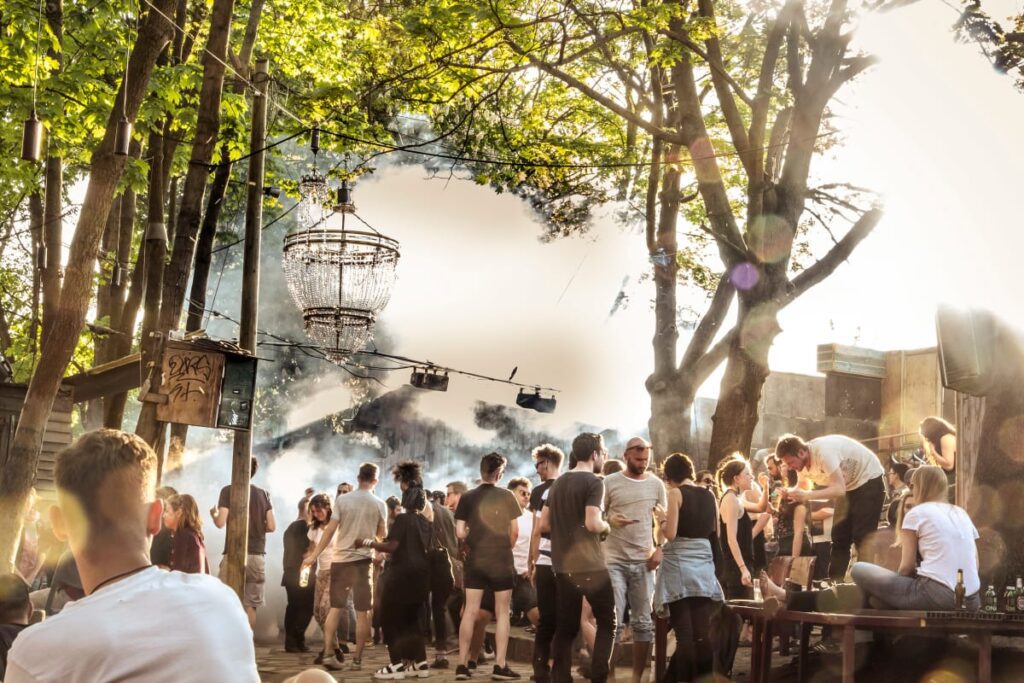 The fact that Berlin will try to create a series of techno parties in public places such as streets and parks is simply amazing. This is some great news for Berlin’s techno fans, maybe even better than Elon Musk teasing the rooftop rave party at Berlin’s Tesla factory.

The scene needs all the help that’s possible, and this measure could drastically improve the situation. Berlin’s governors are working on the possibility of offering street techno parties. In order to achieve it, senators reached out to districts in order to find suitable outdoor spaces that can hold parties. It would be a great substitute for clubs while they can’t operate as normal. Ideal venues for this could include parks, streets, squares, and sports halls. They could hold techno events there with social distancing and all the needed measures to fight COVID-19’s spread.

Berlin misses its diverse club scene. Clubs and bars are suffering economically during the corona crisis. That’s why, in addition to providing immediate aid, we want to create legal opportunities to party in public areas for the clubs and Berliners. In this way, legal celebrations can be organized professionally and in compliance with rules. Unfortunately, the time window for this is short, as the summer months are of central importance for open-air festivals. It is therefore important to quickly put the industry in a position to realize at least part of its revenues via open-air events this summer,

The government decided to act against the uncomfortable situations in Stuttgart and Frankfurt where young, drunk party-goers attacked police in city centers. In addition, Berlin is trying to avoid the growing number of illegal raves that have been taking place in recent weeks. It’s not the only city suffering from illegal raves, considering London has also been dealing with the same problem.

Wonderful News Since the Closing of Berlin Techno Clubs

Sadly for the techno industry in Berlin, all clubs closed their doors on March 14th. It was a difficult and strict measure but definitely saved many lives. Clubs are working together with the government in order to find a date to reopen, but that will depend on the evolution of the virus. Until further news on reopenings, these outdoor parties will be a salvation for techno fans.

Berlin is known as the capital city of Techno. It hosts famous venues and massive events like no other German city. Moreover, the city has a different cultural vibrancy, and will not let the techno scene die. They’ve already handed out €30 million to support cultural venues. Beyond that, the city’s culture ministry promised to double that sum over the next two months. Techno clubs including About Blank, Kater Blau and Tresor received about €81,000 to ensure that they survive the pandemic.

Hopefully, techno parties will be back in Berlin sooner rather than later. Whether outdoors or indoors with the necessary safety measures, the show must go on.