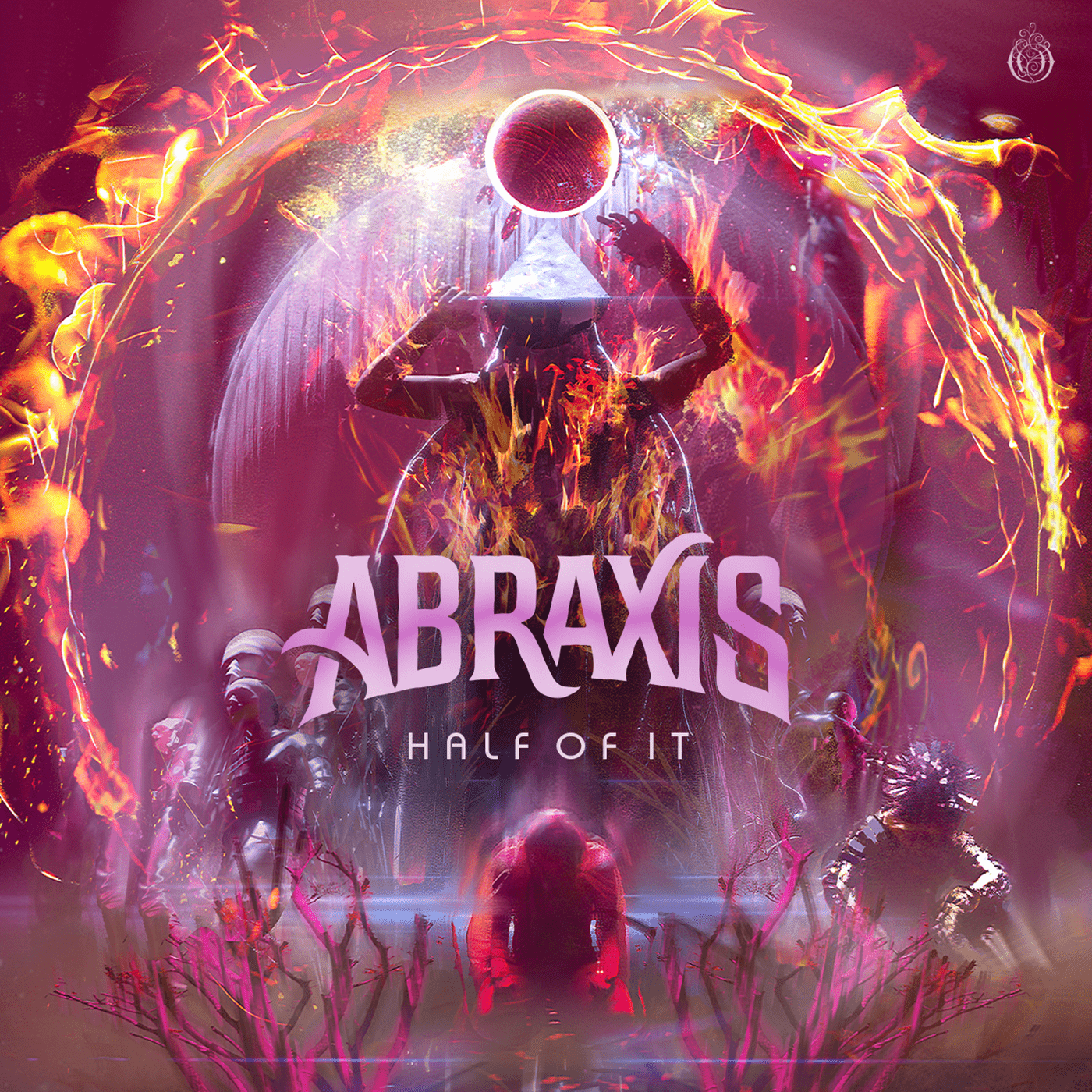 The triple threat powerhouse, Abraxis, is finally back with their third release ever! ‘Half Of It‘ follows the release of ‘Night Rider‘ back in March with dubstep duo Crystal Skies. The previous release was a cross-genre hybrid featuring dark midtempo sounds mixed with the rolling basslines of psytrance. This new tune, released on Ophelia Records, focuses on the classic sounds of psytrance with a high energy, bouncy twist.

Seven Lions & Dimibo had been playing this record out at their shows before the concerts stopped. If you saw Abraxis at Dreamstate 2019, you definitely heard this new tune. Finally, it’s released to the masses and followers of the lecturers. This tune starts out with melodic vocals and ethereal pads in the background. The first drop takes the listener into a high energy mood with hard kicks and laser-sounding stabs. The second drop is very reminiscent of the first drop, but there’s a twist. Halfway into it, it transitions from the simple kicks and stabs and finally gives the listener the rolling basslines that psytrance is known for. This transition offers more complex melodies backed by the vocals and uplifting trance.

Fans have been waiting a long time for this record and it’s finally unleashed upon the world! Give ‘Half Of It‘ a listen right here or down below.