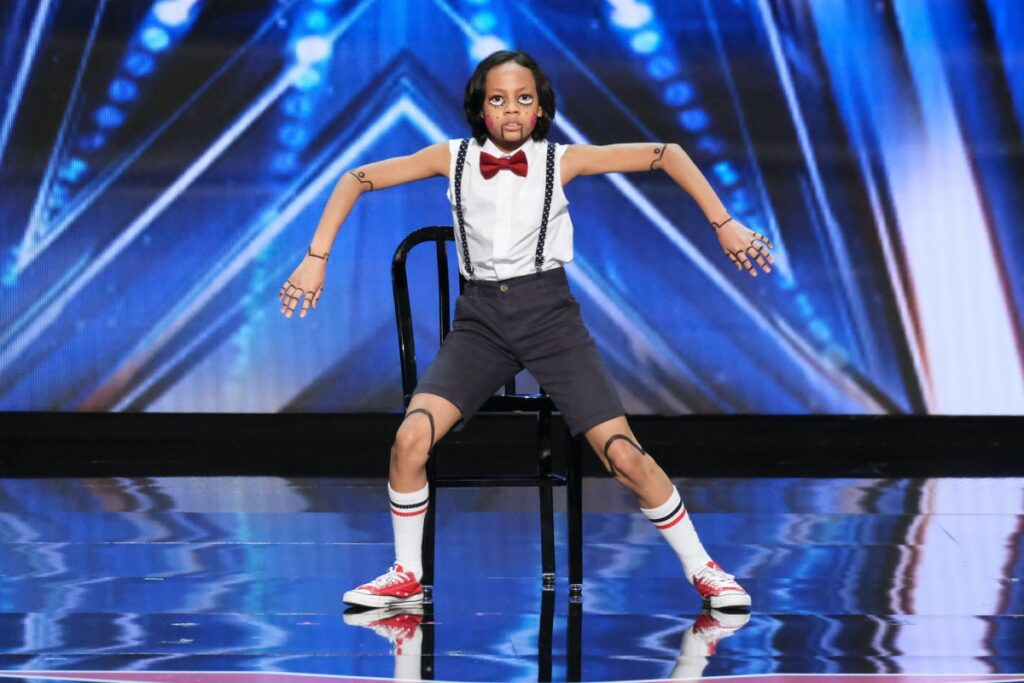 At the age of 11, most kids are playing soccer, collecting comic books, or playing video games. Noah Epps, though, is dropping the collective jaw of our country after a mind-boggling performance on America's Got Talent.

Noah recently appeared on the famed competition show to perform his patented dance routine, which no one saw coming. The performance started out innocuously with the typical contestant-judge repartee, when Noah informed the judges of his age and the fact that he started dancing in first grade after he tried to enter a dance battle but was stifled by kids who said "he sucked."

Dressed to the nines in a badass marionette outfit and astonishingly realistic makeup, Noah then flung headlong into his routine, in which he languidly dances in robotic fashion to a hypnotic hip-hop beat. The mesmerizing nature of the performance takes a dramatic turn, however, when the track mutates into Excision's dubstep anthem "Exterminate." Seemingly possessed, Noah mutates into a spine-chilling contortionist as he gyrates around the stage to the delight and shock of the audience.

You can watch Noah's performance in full below.