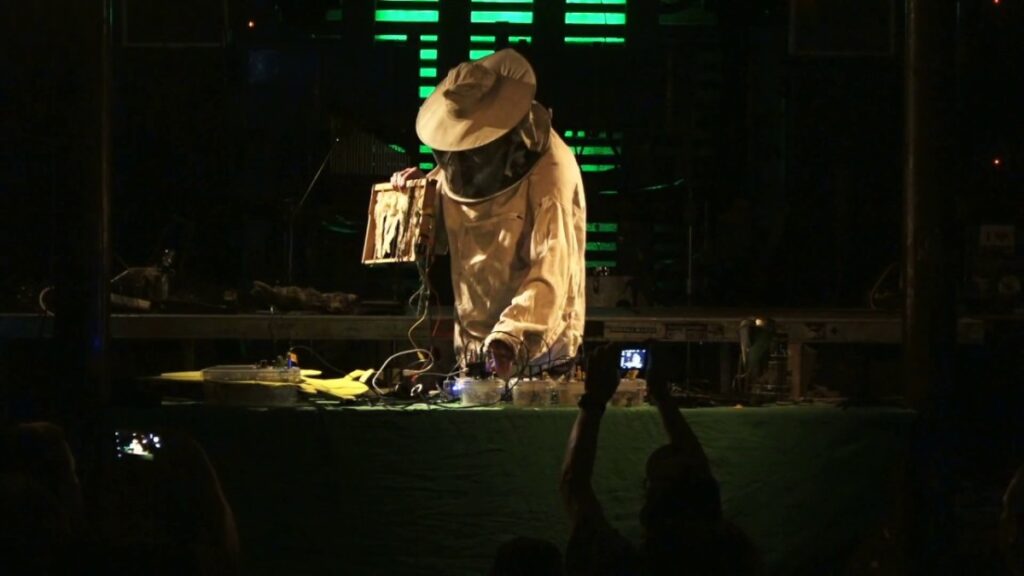 Bioni Samp is out to prove that beauty is in the eye of the bee-holder. Beekeping and DJing aren't two hobbies that typically go hand-in-hand, unless you're Samp, who is harnessing the transcendent nature of electronic music to educate people about the urgency of bee pollination.

In a recent feature published in Modern Farmer, Samp waxed poetic about the plight of bees in today's ecosystem. "Bees can be relaxed and meditative, but they can also be very angry," he said. "Obviously at the moment, they’re very angry with humans."

On a mission to combat the precarious state of the world's insect population, Samp has devoted his life to the preservation of bees. As a kid, he vividly remembers driving through the English countryside with his father, who would scrape dollops of splattered insects off the car's windshield. Samp became increasingly dismayed, however, at the dwindling number of bugs on the windshield over the years.

It wasn't long before Samp decided to coalesce his love of electronic music with his commitment to bee preservation. According to Modern Farmer, the beekeeping DJ developed a custom frame with microphones and a digital recorder, which he inserts into beehives for hours to record the warbling and buzzing of his beloved bugs. He then returns to collect the device and download the recordings before using frequency filtering software to isolate the sounds of multiple species, including queens, workers, and drones, which are male honey bees.

You can see what all the buzz is about in the video below, which displays how Samp captures sounds from his beehives and uses music production software to isolate them into his own custom synthesizers.