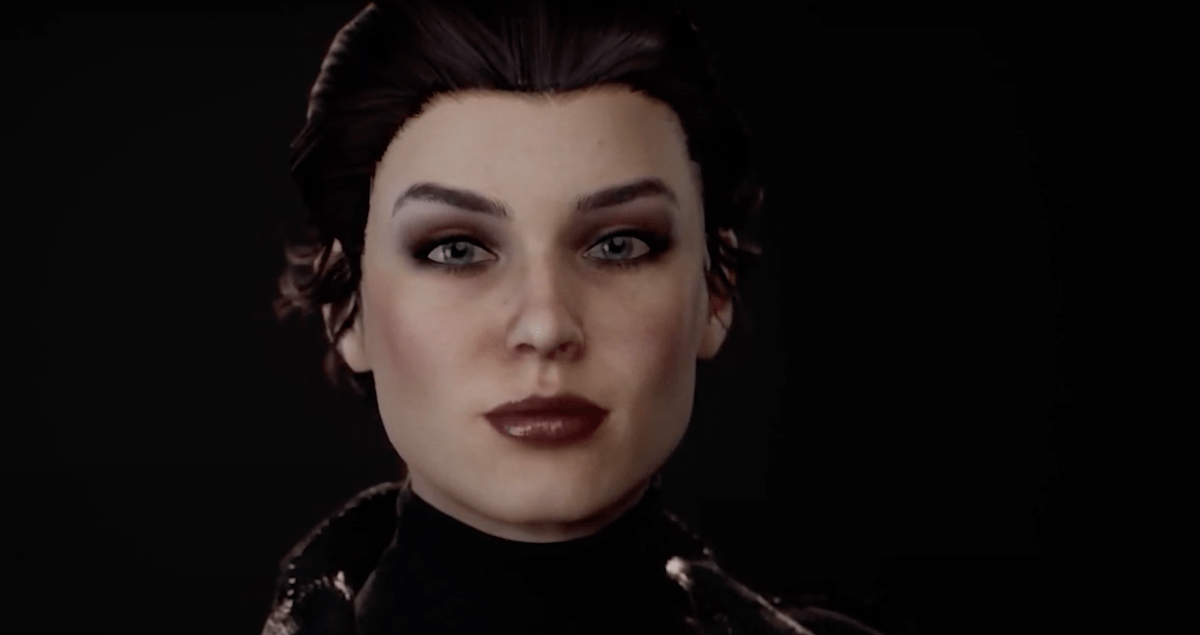 When Sensorium's virtual PRISM world finally opens its doors to concert-goers later this year, don't be surprised to find yourself striking up a conversation in the crowd—with an AI-driven avatar.

It’s no secret AI has been a pillar of Sensorium Galaxy’s overall development strategy, but the technology—developed in partnership with Mubert—has been kept vastly under wraps.

When it comes to AI, Sensorium’s computer-generated avatars serve multiple functions. Some are artists with the potential to produce an endless stream of electronic music in a live performance setting. The remaining AI personalities—each possessing unique behavioral traits and professional and personal backgrounds—are residents of the Sensorium ecosystem. They have the "freedom" to navigate the hyper-futuristic PRISM grounds, converse with fellow festival-goers, and encode new shared experiences.

EDM.com had the chance to interview and interact with several of Sensorium's avatars first-hand and learn more about the role AI will play in shaping the company's broader metaverse experience. The demo was led by Ivan Nikitin, Sensorium’s Product Director and Head of AI Research and Development.

We were first introduced to Katherine, an aspiring AI makeup artist. While the avatars are meant to function as conversationalists, we were initially full of questions for Katherine. To start, she handled personal questions with ease, drawing upon her programmed background and using it to elucidate her long-term goals and career aspirations. We questioned her on her creative approach and what makes a great makeup artist, and she was able to articulate her stylistic preferences in a manner that felt organic.

"First I figure out what the person needs based on their features and their character,” Katherine said of her approach. “Then I start playing around with ideas that have to do with that, drawing little sketches in my sketch book.”

A particularly impressive element of Sensorium’s AI personalities is their ability to track a conversation across multiple lines of questioning. When Katherine shared some of her artistic inspirations with us, we followed up with a probe: “Why?”

Katherine showed us she was able to retain the context of the conversation long enough to understand the follow-up. "He has an incredible eye for color," she said of her favorite artist. "He can change the entire feel of a performance using his makeup using colors and textures like no one else."

While these machines embody some impressively “human” qualities, talking with them long enough does create the potential to expose gaps in their knowledge. During our conversation, Katherine revealed that she considers herself an impressionist capable of impersonating Britney Spears, Jessica Alba, and more. However, our follow-up question asking her to do her best Paris Hilton impression fell flat when she simply responded, "Impersonates Paris."

Therein lies both the appeal and the Achilles heel of AI personalities. They are largely unpredictable and unscripted, save for a few guardrails.

When it comes to shaping the internal frameworks of these AI, Nikitin refers to the emerging field of AI Ethics as the guiding principles under which Sensorium operates.

"The considerations for AI Ethics are technical in nature," Nikitin explained. "We do content filtering and semantic analysis of both user and AI replies. We do not process responses from the users that contain vulgarity or fall within our age ratings category, which is 16-plus. With the AI responses we do analysis to never allow any of the sensitive topics, such as politics and religion. We do not allow any wording that can be considered aggressive or toxic in nature."

Nikitin says that by default the AI personalities mainly seek to provide positive reinforcement to Sensorium Galaxy occupants. They listen and react absent judgment. The company has also ensured conversations between users and avatars are completely siloed, eliminating the risk of sensitive information from one attendee being transmitted by the AI to others.

Our experience meeting Lilith, an AI personality with a background in accounting and finance who appreciates going to raves in her spare time, illuminated the congenial nature of the technology.

Lilith shared that one of her favorite artists to see is Ferry Corsten, an iconic trance music producer and DJ whom she speaks very highly of as a "musical genius." As uplifting trance fans ourselves, we waxed poetic on the genre’s euphoric qualities: "You’re right," Lilith agreed. "It’s like a great film—it’s brilliant when it comes together."

While these types of interactions with AI are entertaining, the avatar's generally agreeable nature won’t necessarily challenge the viewpoints of users or present them with earth-shattering new perspectives.

After conversing with several of Sensorium's AI-driven avatars with varying backgrounds and experiences, we were ultimately left wondering how artificial intelligence fits into the organization's broader vision for creating next-generation entertainment experiences.

"The ultimate goal I believe is the creation of social bridges," Nikitin said. "All of this connection creates a different level of immersion in the virtual world. It’s like creating a true illusion of a parallel world which lives by its own rules and exists even when you’re not there."

Sensorium Galaxy is expected to debut its PRISM concert platform in the back half of 2021.