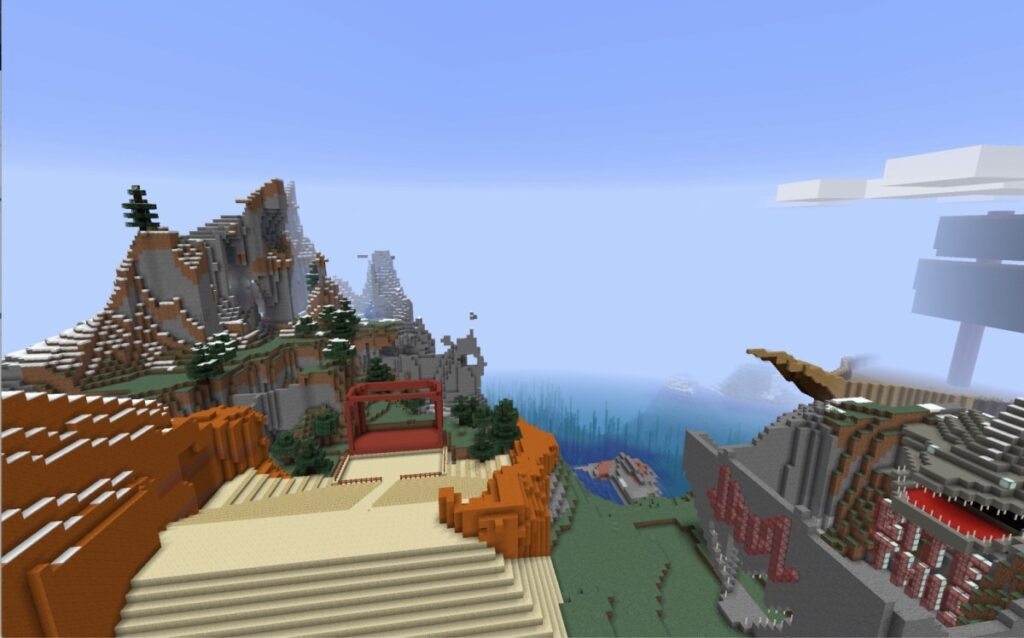 With each passing weekend, social media memories wistfully remind us of the music festivals we’re missing out on due to the ongoing global health crisis. Without concerts, nearly everyone in the music industry is struggling to make ends meet. Many artists, promoters, and organizations are thinking outside the box to give fans a way to experience live music once again and to help artists recoup some missing revenue. We’ve seen dozens of livestreamed festivals, drive-in concert tours, and special recorded performances from unique places.

We had the pleasure of sitting down with the CEO of Rave Family, Jackie McGuire, to discuss the mega-event and get a behind-the-scenes look at how they plan to pull off this ambitious technical feat.

With an extensive background in both the technology and the EDM industries, McGuire and co. are no strangers to both URL and IRL events. Although Rave Family is not yet a household name, you might have crossed paths with them before. In the past, they provided infrastructure for real-life music festivals in the form of general stores or silent discos. They also worked hand-in-hand with medical teams to provide tranquil areas for those who need to give their body or mind a break and even host big parties inside the festival campgrounds themselves.

McGuire’s kids, like many around the world, are big fans of Minecraft. Considering their parents are technical wizards, they had their very own server to play with their friends on. Due to frequent crashes, McGuire moved their server to the cloud, which inspired a bold idea to host a little event in the game.

Spoiler Alert: the event is far from little.

With the entire team sharing a passion for music and saying that music festivals and the community surrounding them changed their lives for the better combined with the fact that they have immense experience with scaling cloud servers, the event grew and grew and grew into the behemoth it is today.

When speaking on why she started Rave Family, McGuire explained how going to festivals opened up her worldview and helped her to meet new people. "There are a lot of people in the world who only ever interact with the same small group of people, and the more people you get to meet and interact with the more you realize that we’re all a lot more the same then we are different," she told EDM.com. "That was something that I really felt I got out of music and I wanted to provide to other people."

Previous Minecraft concerts have typically featured one or two stages and usually a dozen or so artists. Rave Family Block Fest will feature over 65 stages and more than 950 artists in what is primed to be the largest event the game has ever seen in terms of scale. With nearly 1,000 performers across a staggering number of genres, including dubstep, techno, house, trance, and even jam bands, this might be the only festival that can actually say “there’s something for everyone” and mean it. The lineup poster has more text on it than some short stories, but while reading you might have noticed that there are no tiers, phases, or headliners and that every act is in alphabetical order and sized the same.

When speaking with McGuire, we learned that this was not due to style or spacing constraints. It was done intentionally to treat all artists equally and combat some of the gatekeeping involved with getting booked for a show. "When we were booking this festival, I didn’t care who I was talking to," she said. "Be it nobody or somebody, our lineup poster is alphabetical order and everyone is the same size. If that’s a problem, we’re not the company for you to work with.”

The stages are primarily hosted by artists or labels and their construction was led by fans, staff, or even many of the artists themselves. Don’t let the word “stages” make you think that these are simply recreations of a standard raised platform with turntables, though. The stages featured at Rave Family Block Fest are anything but basic, encapsulated in their own entrancing worlds with much to do and explore. Essentially, you won’t just spawn into a room with a stage and dancefloor—you’ll spawn into a pixelated paradise with space stations, meteors, aliens, and otherworldly views to explore.

Another area features a replica of Dunder Mifflin Paper Company, Inc. from The Office with an added underground warehouse stage for artists to take the decks. For the in-person concert aficionados in attendance, organizers have even included a replica of the world-famous Red Rocks Amphitheatre. In addition to having a place to virtually dance and listen to tunes, these worlds are meant to be explored and interacted with. There will be minigames, secret areas, easter eggs, and more included across the 65 stages, so, like a real festival, there will be more to do than just watch the performances.

When players log into Rave Family Block Fest, they will spawn into the main festival hub. From there, they’re welcome to meet up with their friends, plan their journey, or simply explore the large area chock full of pop-culture references, activities, and more. After a tour of the gargantuan festival grounds, our heads were spinning with not only how much substance was packed in, but also the meticulous level of detail. In an effort to make exploration simple, there are giant replicas of the TARDIS from Doctor Who scattered around that let players easily teleport from one area to another.

On the technical side of things, the organizers have exactly the right background to operate an event of this scale. Spearheaded by McGuire, who just so happens to have delivered the winning pitch at the 2018 iteration of the prestigious tech competition TechCrunch Disrupt, the team has an extensive background in virtual reality, augmented reality, and more. This has allowed them to use their knowledge to organize the event in such a way that makes an event of this scale possible while providing a lag-free experience.

This is done by hosting the festival on many different servers with each stage being its own entity and implementing a load balancer rather than using just one large server. For our experienced Minecraft readers, McGuire informed us that Rave Family Block Fest will be using a paper server rather than commonly used spigot servers, which will drastically increase performance. In addition to the server structure, when building the grounds, they’ve avoided the use of in-game building materials that are known to cause latency issues, which they state will create a smoother experience for all. Don’t let the idea of multiple servers scare you—players will not be forced to back out and reconnect the game multiple times, as all of the servers are connected through teleportation pads that make travel as easy as a mouse click.

Since the Minecraft application does not allow you to host in-game audio, Rave Family Block Fest partnered with Mixcloud Live to host legal DJ sets. As a result, every set will be cleared and the holders of the featured songs will be paid. Seeing as there are almost 1,000 performances, many of the stages and their respective artists will be playing their sets two times per day in order to help ease scheduling conflicts.

A typical barrier to entry for Minecraft-hosted events is access to the game. Although livestreamed festivals are often free and require no download, the experience is limited when compared to an interactive environment. McGuire has taken the cost of the game into consideration and has shared with us that she intends to host monthly iterations of Rave Family Block Fest and create a continuous space for digital rave squads to party while in COVID-19-induced lockdown. She explained how after the initial outing, they intend on keeping things fresh month to month while also giving artists the ability to transform their personal spaces.

"The plan is to do one of these once a month," said McGuire. "So each month, we’re going to build a new main festival area and then the artists can continue to change and improve on their individual servers. So if they have a record coming out and they wanted to do a different theme, they can. It’s going to be this whole ecosystem that exists until we go to live shows again."

Fortunately, Minecraft is the best-selling game of all time, so many potential attendees already own the game. If one does not own a copy, the full version only costs $30 and is genuinely a fantastic game that can be enjoyed even without an EDM crossover event.

As reported earlier in the month, the festival’s original name was Electric Blockaloo. This was inspired by the movie Breakin’ 2: Electric Boogaloo and the movement behind the film but was changed due to an extremist group taking on a similar name. Alongside the name change, the date of the festival was pushed back two weeks, as Minecraft recently released a massive update that will require organizers to implement some compatibility updates. Rave Family has stated that while they are sad to push back the festival, it was a necessary move that will help ensure a better experience for players.

Another roadblock arrived when allegations of sexual assault were made against one of the festival's performers, Space Jesus, who was to host his own stage. After Space Jesus publicly responded, McGuire took action. "If there's one thing that we can say for sure about 2020, it's that people are done being silent," she told us. "In that spirit, I want to unequivocally state that Space Jesus and the Moon Dot stage will not be a part of our festival."

"If you see or hear about someone doing something wrong and you do nothing about it, you are complicit, which applies to many of the injustices that we are facing in the world," she continued. "I applaud the people who have spoken out and can only hope that more will feel empowered to do so when they see real action being taken. As a company, we will continue to believe and stand by anyone who speaks their truth, and we will continue to try to lift up the voices of those who have been silenced for too long."

THE FUTURE OF DIGITAL EVENTS

What started as a gathering for a couple of friends has grown from a small snowball to a Titanic-sinking iceberg in no time. What Rave Family is creating is beyond anything we’ve seen from gaming and EDM crossovers to date. Rather than just a virtual performance space, with the inclusion of mini-games and a bevy of futuristic worlds to explore, they’ve created what is essentially a music festival MMO equally enjoyed by ravers and gamers alike. With the promise of monthly gatherings, artists being paid for their performances, all of the music being cleared and legal, and more, McGuire’s premonition that this festival will change digital events as we know it seems like a surefire bullseye.

Rave Family Block Fest takes place July 9th to 12th inside Minecraft. Tickets are on sale now. For more information on how to join in on the fun and to purchase tickets for yourself and squad, head over to their official website here.