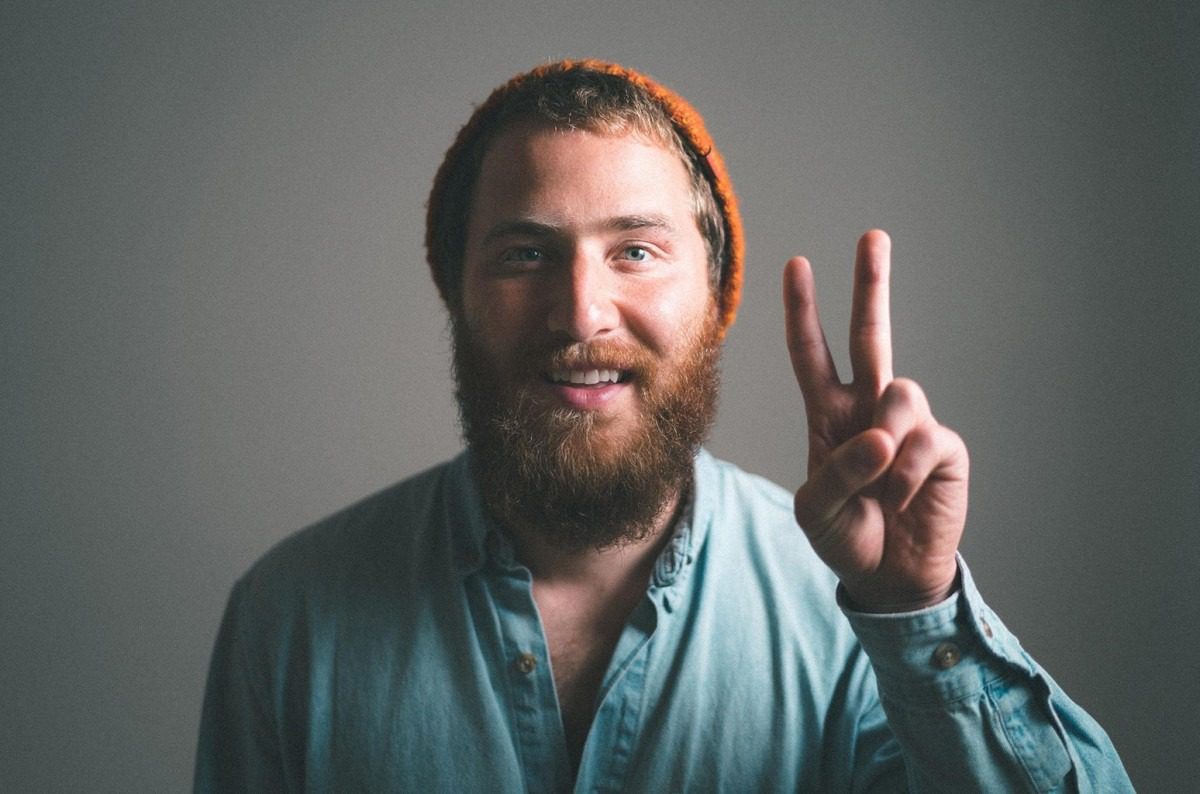 On a personal level, Mike Posner has likened the loss of Avicii and his father to being doused with a bucket of ice water in the middle of the night.

The sobering events resulted in a near instantaneous shift in the Grammy-nominated artist's perspective, inspiring him to break the comforts of his daily life in ways few would expect—and even fewer would attempt to replicate.

Nowadays, pushing aside the cushy comforts of a Top 40 artist is becoming second nature for Posner, who is learning to appreciate the trials and triumphs of each passing moment. Posner summarizes his outlook with "Amor Fati," a near and dear phrase which translates to "love of fate" in latin.

In an exclusive interview with EDM.com, Posner candidly reflected on his relationship with Avicii, his new partnership alongside CLIF BAR in conjunction with the release of "Amor Fati," and how seizing the moment has led to some of the most rewarding decisions of his life.

After Avicii's tragic death in 2018, Posner opted for a hard reset, by embarking on a near 3000-mile walk across America. Then, proving it wasn't just a fluke, he achieved another magnificent feat of strength by climbing Mount Everest just 18 months later. Posner says both adventures were lingering on his bucket list for years, seemingly awaiting the ever-elusive "right time" to start.

"What makes life precious is that there's death coming," Posner says matter-of-factly. "When Tim died it just reminded me 'you don't have unlimited years.' This dream, there's never going to be a right time for it."

Posner's relationship with Avicii goes back over a decade. He recalls one of his earliest interactions with the legendary dance music producer was being sent "Levels" for top-line feature consideration, before the two had even met in person.

"So I put the song on and like, it sounds pretty good already you know?" he laughs. "Admittedly I didn't knock it out of the park, and he ended up using the [Etta James] sample… That was perfect, what they did."

Despite not landing on the final recording of "Levels," Posner and Avicii's friendship persisted. For the former, the relationship proved to be a beacon of stability in the otherwise tumultuous career path of a hit artist.

"As an artist, there's a lot of ups and downs. I've had the number one song in the world, I've been ice cold where people were calling me a 'one hit wonder.' There are real periods where things can slow down to a glacial pace," Posner explains. "When that happens, everything slows down. There's not as many concerts to play, and there's not as many people who want to work with you in the studio. I bring all this up because that never seemed to matter to him," Posner says. "When I was in the coldest, coldest periods of my career, he would call me to work. That always meant a lot to me."

Posner says that one of the most uncertain patches of his career ended up inspiring his biggest hit to date. With an empty schedule and an open mind, he flew out to see Avicii and got more than he bargained for: that now-famous trip to Ibiza where the events behind his chart-topping song "I Took A Pill In Ibiza" unfolded.

After he had written the track, Posner was eager to show Avicii the final product. "He said 'this is probably the best song you've written so far,'" Posner said of the producer's reaction.

Poetically, while the song has gone on to amass well over a billion streams, there came another "step off that roller coaster" moment with the deaths of his father and Avicii, respectively. Less than a year from the release of his third album and lacking inspiration,, Posner found himself throwing caution to the wind once again by musing the idea of walking across the United States. Perhaps unsurprisingly, when he floated the idea he found critics were lining up to talk him out of pursuing the dream.

Despite the dire warnings suggesting such feats of strength would be the end of his career, Posner went all in—and left his pop star life at the door. He poured six months into his walk across America and then another 18 months of training alone into preparing for his ascent of Everest. He faced his most challenging obstacles, from sustaining a life-threatening rattlesnake bite to the blistering wind chill of Earth's highest mountain above sea level.

Now on the other side of it all, Posner has a renewed outlook on life. When describing the lasting impacts of it all, Posner invokes "Amor Fati," a phrase he says he first discovered from the philosopher Fredrick Nietzsche.

"The spirit of what I believe he was saying is: a lot of us go through life with some kind of low level resentment for the way things are," Posner explains. "Maybe it's not as overt as a full blown depression, but you're going through your day like 'I shouldn't have to do this' or 'things should be a little different'… It's so pervasive that you might not even notice it, but it's a life-sucking way of interacting with the world, and I'm certainly guilty of it. 'Amor Fati' on the other hand is an alternative to that low level resentment by saying, 'Not only will I accept the way things are—I will choose to love the way things are.'"

Fans can now listen to additional remixes of "Amor Fati" by leveraging their phones' embedded motion tracking technology. Move your way towards the partnership's official microsite to learn more about how you can unlock Mike Posner's hidden extras and receive them straight to your mobile device.