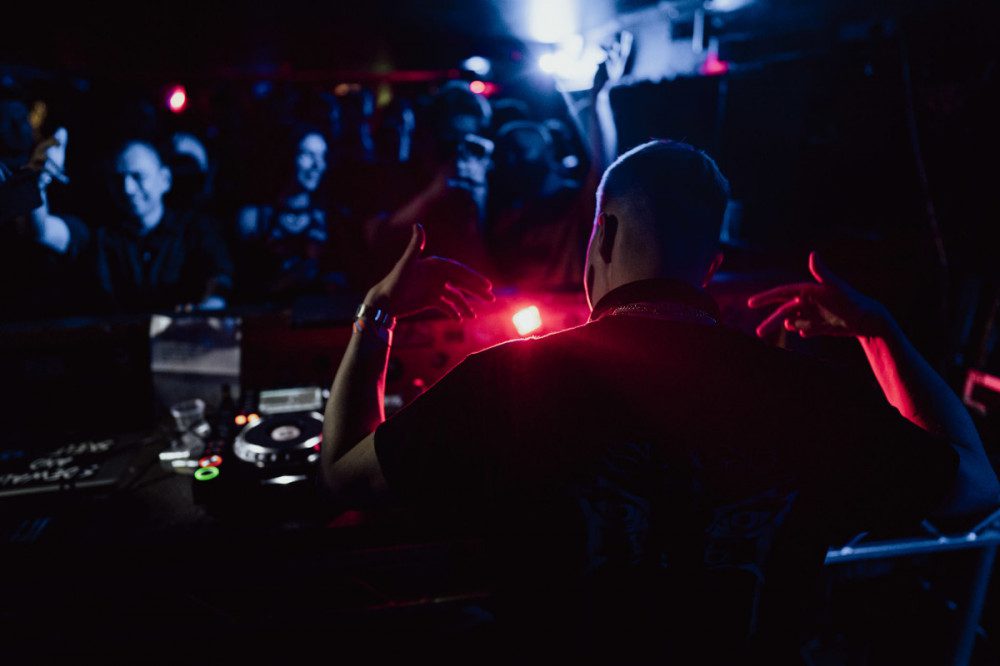 Since starting out as a simple hashtag on SoundCloud in 2017, Wave has become one of the most dynamic trends in the electronic music scene.

Initially championed by Plastician on his weekly "Rinse FM" show, the Wave genre has grown into its own flourishing DIY ecosystem, branching out and mutating into a bona fide movement.

While trap music was at a dead end and drum & bass hadn't yet exploded in the U.S., the Wave scene was thriving. Borrowing influences from U.K. dubstep, cloud rap, grime, witch house and trance, the sound steadily infiltrated the underground until it reached the ears of RL Grime. Due in part to his support of Skeler's track “Arcadia” at EDC Las Vegas 2019, Wave catapulted into the spotlight.

Despite the impact of the pandemic on the live music industry, the Wave movement continued to amplify and grow organically. And as the genre's popularity soars, so too does the success of its early adopters.

Read on to get familiar with the artists who are shaping the Wave scene.

It was 2017 when Annie Nightingale introduced Deadcrow on BBC Radio 1, predicting a bright future for the virtuosic producer. Since then, he has quickly become not only a pillar of the Wave movement, but also its ambassador to the bass music scene at large.

If we had to choose a generational anthem for the Wave movement, it’d be Skeler’s "Tel Aviv." It’s not an overstatement to say that the Australian producer is primarily responsible for putting the "hardwave" sub-genre on the map. And despite his immense popularity, he is still hidden in plan sight.

When his rework of Hardwell's “Arcadia” caught the attention of Grime, it kickstarted a golden era for the Wave scene. With almost 20 million views on just the official uploads, his signature "Night Drive" mix series has heavily influenced the curation of tastemakers such as Trap Nation and Trap City. His live performances have been limited so far, but his recent signing with Kompass Music Group hints at tour dates on the horizon.

Producer, DJ, vocalist, and visual artist barnacle boi is positioned at the forefront of the Wave scene in the U.S. His dark, hip hop-oriented take on the genre has made him the name to go to if you're looking for emotive yet bass-driven music.

His repertoire includes a full-length album, 2020, and dozens of originals and remixes of mainstream hits, like H.E.R's “Slide” and t.A.T.u.'s "All the Things She Said." When it comes to live appearances, barnacle boi has proven a force to be reckoned with. In late 2022 he'll perform at Colorado's legendary Red Rocks Amphitheatre.

Klasey Jones isn’t your typical Wave artist. While he’s part of the first generation of producers who pioneered the genre, his ethereal and intensely visual approach has made him a critically acclaimed, one-of-a-kind artist.

In the last five years, Jones has documented his growth and evolution as an artist with terrific storytelling. The U.K. producer has journeyed through sounds that have delved into influences ranging from movie and video games soundtracks to more dancefloor-friendly genres such as grime and drum & bass. The most recent chapter of his story, "Operation Midnight," is a multimedia project that includes both digital releases and printed comics.

Hailing from Philadelphia, Noah B not only participated in all the crucial moments of Wave history, but also left an indelible mark by being the first artist of the movement to be featured on UKF. Since his first release on Plastician’s Terrorhytm label back in 2016, Noah B has been constantly pushing the genre in new directions.

2020's Heavy Armor album can be considered the manifesto of his trademark space-themed, cinematic sound, but it hasn’t stopped there. He has been instrumental in popularizing the intersection of Wave and drum & bass, like in “Sense Of Time” and “ÆTRNL.22,” wherein he also incorporates psytrance influences.

A legend within the Wave universe, Klimeks not only helped pioneer the genre, but more importantly, he is also the one who formalized the term at the dawn of the movement.

Responsible for hits such as “Eternally Yours," “Dreamescape ‘95" and “Mystic Nights,” Klimeks is the mind behind the seminal wavemob imprint. His renown is bolstered by the fact that just as the Wave movement began its ascent into the electronic music space, he suddenly went on hiatus. Earlier this year, he quietly made his return to the scene with four new masterpieces, which celebrate the classic sound of Wave.

If there's anyone who has explored far and wide the potential of Wave, it’s Juche. Starting in 2017, the French producer has built an immense catalog that includes releases on Liquid Ritual, vibe.digital, Tribal Trap terrorhtym, IMMINENT and Lowly, just to name a few.

With his visionary album Future Love Story, Juche can be counted among those who have most experimented with 4/4 rhythms, moving the Wave sound away from its bass roots towards more trance and synthwave territories. His most recent project, Story Prologue EP, takes on hardwave and pushes its uplifting potential to new heights.

Unpredictable and enigmatic, the prolific Brothel is one of the most fascinating artists within the Wave scene. Beneath the DIY and punk facade hides an artist who—holding Wave as the foundation of his project—has made his artistic output a chimera impossible to frame.

Looking through the 12 tracks released by Brothel so far in 2022, we jump from anthemic Wave records like “Right Here” and the alternative rock flair of his Lil Peep remix to obscure bangers like “LEGION,” as well as the smoldering chill trap vibes of “buffering.”

Thanks to Sorsari's dancefloor-friendly nature, hardwave may have stolen the spotlight in the last couple of years, but the classic Wave sound is still alive and well. And Sorsari is undoubtedly one of its champions.

Active in the scene since day one, the Canadian artist may not be in his most productive period, but every release from him can be considered a masterstroke. His Burning EP and his latest single, “Together,” both encapsulate the very essence of Wave and at the same time raise the bar of what this genre is capable of offering.