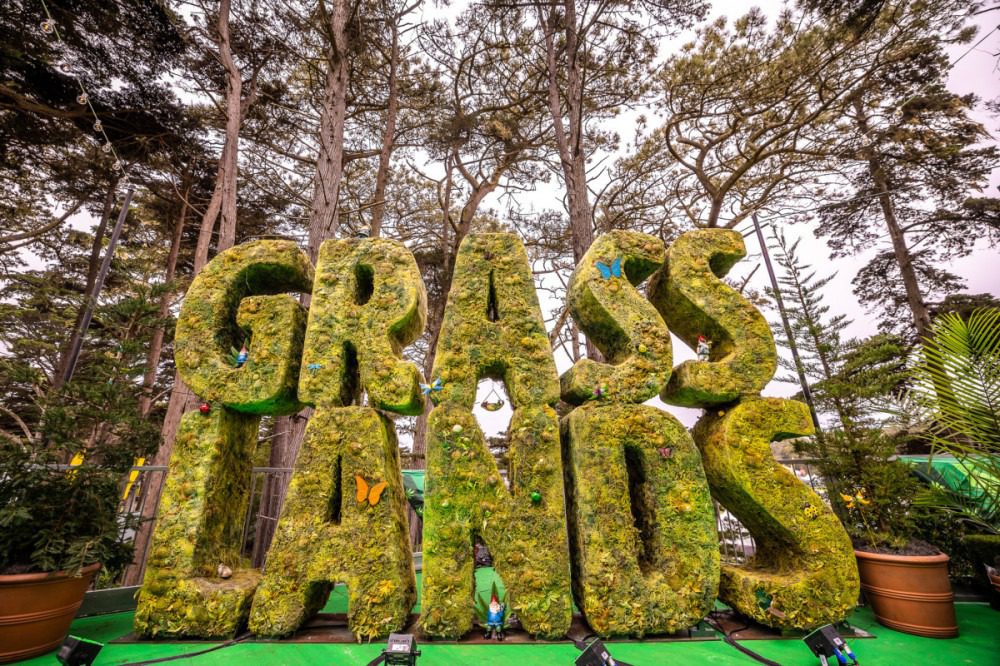 Music producers, artists, and event organizers often talk about how they smoke the competition, but few pull it off quite like Outside Lands.

Last weekend, Grass Lands celebrated its fourth year at the Bay Area fest. In that time, the experience has expanded with more partners and offerings, but the best part is festival-goers are able to purchase and enjoy their cannabis freely in a fully compliant zone for smoking.

Now in its 14th iteration, Outside Lands Festival is no stranger to pushing the envelope, but few can assemble the cavalcade of top-shelf cannabis partners who make Grass Lands such a potent festival experience.

For instance, Traditional, who is known largely as the godfather of OG growers through most of California, was there with discounted buds in a variety of their many signature flavors.

High Times also turned out with their new line of cannabis, including some flower with stellar THC levels approaching 40%. Also adding to the experience was STIIIZY, who, in addition to being one of the edgiest cannabis brands out there, has a following so evangelical and knowledgeable about their products that dispensary workers sometimes joke they’ve managed to put the "cult" in their cultivation techniques.

That’s just a few in the stacked list of partners who collaborated over the course of the weekend to make Grass Lands successful.

At the helm of Outside Lands' high ambitions is Another Planet Entertainment’s Chief of Operations, Steve Welkom. For him, just the fact that they can do this at all is a massive win for the industry, where—let’s face it—cannabis has already been for a long time.

"This year almost half of our products are local and social equity owned," Welkom tells EDM.com. "We have a big equity push… in fact there was a panel out there talking about social equity and I was surprised to see how many people were there puffing away enjoying that situation. It’s pretty remarkable to have a situation where it’s legal for both sales and consumption at a festival."

For a lot of smokers, legal compliance means no paranoia and that’s just a whole different party. There's also many cases to be made about the impact cannabis has when you introduce it to a common festival environment where alcohol is served.

Behind the curtain of Grass Lands' pioneering success are Embarc’s co-founders, Dustin Moore and Laura Carpenter. Five years ago these opportunities didn’t even exist, but today Embarc is leading the charge.

In the nascent world of cannabis events, they serve as the operational glue that holds all these blending experiences, brand activations and dynamic collaborations together. In 2019, for instance, they helped Grass Lands secure its permits for sales of cannabis. Then in 2021 and 2022, they started running concessions at the festival.

"We really fit between site ops, production, sponsorship and realm of cannabis turning this into reality," says Moore. "So we embed with Another Planet Entertainment and Superfly teams when it comes to identifying sponsors, advancing those sponsorships, and then helping design and implement the activations onsite. The Another Planet Entertainment and Superfly teams really manage the infrastructure and we handle everything that’s commercial cannabis related."

The way Moore and Carpenter see it, the special sauce of Grass Lands lies in who they bring in as partners. They also believe in the intrinsic value Outside Lands and its cannabis partners can offer each other. As a result, they bring out some of the biggest players in the industry alongside several socially equitable cannabis companies from the area.

Showing these brands can team up well to create this cohesive experience is one of the toughest stigmas festivals still need to overcome, Carpenter tells us.

"Bringing cannabis into an event actually brings a lot of benefits and its helpful for us to be able to provide that data," she says. "As more of our communities start to have the conversation, whether we can have cannabis in our community, whether it’s retail or events, it’s really important for them to have that data because it helps to combat the fear surrounding integrating cannabis with live events."

Moore also believes that because cannabis is one of the few industries forbidden from advertising, their industry relies heavily on word of mouth. For cannabis companies, just getting that face time with people one-on-one is a huge advantage.

What’s fascinating is they all want a chance to reach the same people, but they don’t compete like vendors might in other festivals.

'I think that’s partly because there’s a collaborative environment. It’s almost like a collective mindset," Moore explains. "These brands do not see each other as competitors. They’re all helping each other out… it’s so rare in industry where you see all of these partners coming together really because it’s not about how well each one of them do, it’s about how important it is that Grass Lands succeeds for the fate of the license industry moving forward."

"I think you see this collective environment because these are all licensed businesses who are trying to do this the right way," he continues. "And they’re being undercut constantly by unlicensed markets. And they see this as their chance to stand head and shoulders above that market and show the quality and the testing and consistency, and all the hard work that goes into being a compliant business—they can show that off here."

For the people who come to Grass Lands, Carpenter loves that in tandem with getting to know the leaders and local legends of the cannabis industry, festival-goers have the opportunity to find a momentary respite from the oft-overstimulating sensory experiences of the festival—and maybe some cannabis and a place to smoke it too.

"A huge part of this is also just providing access where folks know it’s safe and it’s tested, so they can have cannabis that enhances that journey as they meander through something that is hyper-experiential by design," Carpenter says. "It’s nice that they’re able to foster an environment where people can come here just to relax."