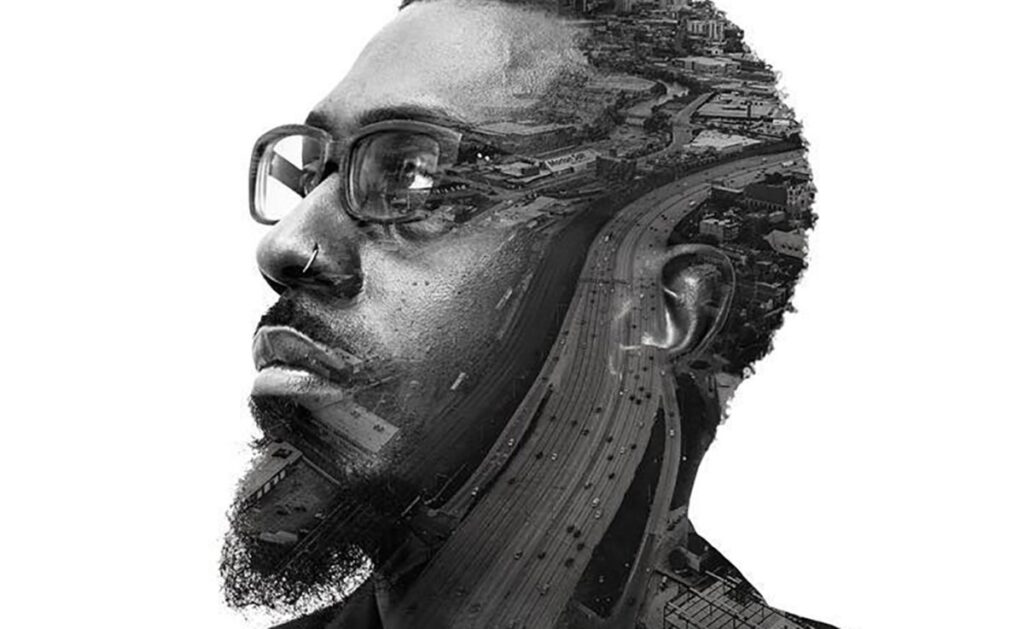 More than 40 years ago in Chicago's underground club scene, the foundational wave of modern dance music was just starting to hit its stride. It was the 1980s, and house music was booming.

Following the decline of disco fever, pioneering Black DJs like Frankie Knuckles and Ron Hardy were quickly thrust into the city's spotlight as they experimented with drum machines and synths in music for the first time, especially the iconic Roland TR-808. Predominantly Black, Latinx and queer audiences flocked to their venues, the Warehouse and the Muzic Box, respectively, drawn in by the inclusive, sanctuary-like scene. It wasn't long until fabled record labels like Gramaphone and Trax were founded, devoted to spreading the sound of house music across the country and the globe. Needless to say, the rest is history.

Modern electronic music would not exist without the talent of Black creators from Chicago. To pay homage their indelible contributions, we're honoring Black History Month by celebrating 10 storied Black Chicago natives still making music today. Each of them has been instrumental in shaping the sound and culture of dance music as we know it, and the continuity of their work ensures EDM's roots remain intact.

An essential member of house music's inaugural class, Saunders is perhaps best known for his 1984 single with Vince Lawrence, "On & On." It was the first record featuring a house DJ to ever be pressed and sold to the public. Later came "Funk U Up," the first house track to land on the Billboard charts, and "Love Can't Turn Around," which exported house music across the Atlantic and kicked off a longstanding obsession in the UK.

Today, Saunders plays a major role in documenting the history of the genre and representing its founders. He also spearheads his own label, Broken Records, and helps host Chicago's Chosen Few DJs Picnic & Music Festival.

Originally comprised of Early "Spanky" Smith Jr., Herbert "Herb J" Jackson, and Nathaniel Pierre Jones—aka DJ Pierre—Phuture are hailed as the creators of acid house, stemming from the 1987 release of "Acid Tracks" via Trax Records. Unique to the song was the trio's use of the Roland TB-303, which was featured throughout the its 12 minutes.

While DJ Pierre is the only founding member still in the group, following Smith Jr.'s passing in 2016, Phuture keeps on keeping on, consistently releasing new music with its current members.

A man of many monikers, Larry Heard, most widely known as Mr. Fingers, started out in electronic music in 1984 after purchasing a synthesizer and a drum machine. He soon graduated to the big leagues, releasing 1988's Another Side with his group, Fingers Inc., alongside solo hit singles "Can You Feel It"—one of the earliest examples of deep house—"Mystery of Love" and "Washing Machine."

Most recently, Heard released Cerebral Hemispheres, a spellbinding collection of 18 tracks that culminates in 100 minutes new of music, and was featured on Dua Lipa's Club Future Nostalgia (DJ Mix) album with a rework of "Hallucinate."

Appearing in the scene in the early 1980s, Hurley garnered his fanbase as a DJ on Saturday Night Live Ain't No Jive Dance Party, a long-running radio broadcast on WBMX 104.3FM founded in 1981. He soon became known for integrating hip-hop techniques into his sets, including scratching, needle dropping and back spinning.

In 1987, his single "Jack Your Body" became the first house track to top the charts in the UK. Hurley now has countless hits and four Grammy Award nods under his belt, garnering nominations in the categories of Remixer of the Year, Non-Classical in 1998 and 1999, and Best Remixed Recording, Non-Classical, in 2002 and 2003.

A Trax Records staple, Funk got his start at Chicago house clubs the Warehouse and The Playground in the early 1980s. Soon after, his 1985 record "Jack the Bass" helped to ignite a new dance style in the city, known collectively as "jacking."

More hit singles followed, including "House Nation," "Love Can't Turn Around" with Jesse Saunders," and "The Acid Life," reworked by Technotronic in 1989 to the inescapable "Pump Up the Jam." Funk's recent highlights include 2014's Funkin' With the Drums Again and 2018's "House 4 Life" with Stacey Kidd and Billy Monroe.

Irwin Larry Ebrhart II, better known by his stage name Chip E., was in heavy rotation in the city's booming house scene, becoming the first and only Chicago artist to spin regularly on all three of its major radio stations in 1987. Alongside Farley "Jackmaster" Funk, he helped launch the "jacking" craze with his EP, Jack Trax, but soon stopped releasing records following a contract dispute with Chicago label DJ International.

Luckily, Chip E. returned to the fold in 2015 with a number of highlights, including a "Time to Jack" instrumental remix with Carl Cox and a 2018 appearance at Ultra Music Festival's 20th anniversary edition.

While DJ Lady D wasn't around during the genre's seminal years, she began her reign as Chicago's "House Music Queen" in the 1990s spinning for local clubs and radio stations. Still performing across the globe, DJ Lady D is also the founder and proprietor of D'lectable Music, a hub for house music releases and marketing.

Also known as Cajmere, Geo Vogt, Haft Pint, Curan Stone and Gino Vittori, Green Velvet has been one of the most influential Chicago exports in recent years. With his earliest releases dating back to 1991, smash hits from that decade include "Brighter Days," Percolator" and "Flash." He also doubled as a record label head for not one, but two imprints: Cajual Records and Relief Records. Green Velvet also formed a side project with Claude VonStroke titled Get Real, and released a collaborative album, Unity, with techno figurehead Carl Craig.

Part of house music's second wave in Chicago in the 1990s, Farris' debut EP, Farris Wheel, was released on Cajmere's Relief Records in 1994. With a sound spanning classic house, disco and even techno, Farris soon went on to found his own imprint, Farris Wheel Recordings, in 1998. Since then he's been consistently keeping up with a steady stream of new music, with 2020's "Space Girl" on Dirtybird Records counting as a recent highlight.

Born in Detroit and raised in Chicago, Felix da Housecat's music carries hints of both house and techno, contributing to its avant garde sonics and originality. A slew of 1990s singles including "By Dawn's Early Light" and "Thee Industry Made Me Do It" pushed Felix to the forefront of the UK's electronic scene, with his mainstream breakthrough coming in 2001 with the release of Kittenz and Thee Glitz.

In addition to new singles in recent years, Felix has pushed a Founders of Filth mixtape series, named after his imprint. Its ninth edition was released in 2019. Felix has also been nominated for Best Remixed Recording, Non-Classical at the Grammy Awards, both in 2003 and 2005.

For more complete histories of house music, we recommend reading The Underground Is Massive; House Music…The Real Story; Energy Flash: A Journey Through Rave Music and Dance Culture; and Do You Remember House? Chicago's Queer of Color Undergrounds, and watching documentaries I Was There When House Took Over The World, Pump Up The Volume, and The Unusual Suspects: Once Upon a Time in House Music.