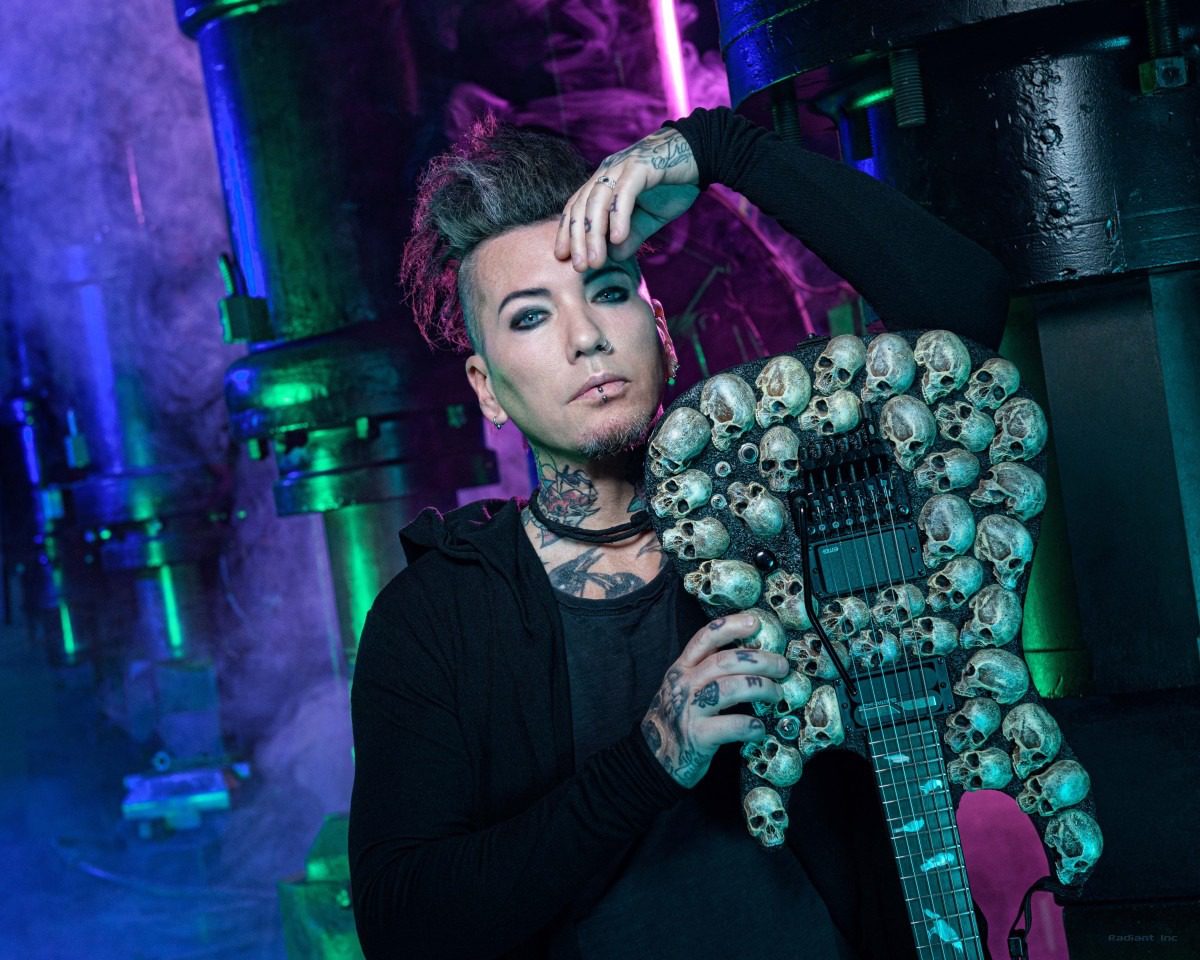 Imagine playing sold-out arena shows with one of the most iconic hard rock bands of all-time—and then spending the rest of your night raving at a dance club.

This is how former Guns N’ Roses guitarist ASHBA and legendary frontman Axl Rose would spend their time after their headlining shows across the globe. In the midst of their worldwide tours, ASHBA tells us, the bandmates found themselves in some of the most exclusive techno clubs, dancing among EDM fans.

Fast-forward to today, when ASHBA is preparing to perform his first headlining show this Friday as a solo performer at Green Bay's Epic Event Center. After spending years cutting his teeth with Guns N’ Roses, Sixx:A.M., and Beautiful Creatures, ASHBA is now setting out to pursue his own unique creative venture in the music world: melding hard rock and electronic to produce a genre he's dubbed "GDM," or "guitar dance music."

“There’s a huge overlap of fans between rock and electronic music," ASHBA tells EDM.com. "I hate putting music into genres because I feel like it’s limiting. I wanted to take what I do and interject that into the electronic world and put my own twist on it."

"I’ve always been inspired by different styles of music," he continued. "I was trying to come up with something that would not only inspire me, but a whole new generation of kids to pick up an instrument."

By colliding the two musical worlds together, ASHBA finds himself in new territory. The world-renowned guitarist and multi-Platinum artist says he has been working in the studio for over four years to nail down the perfect sound for his new endeavor and pave his own path in the electronic music scene.

"It took about four years of sitting in the studio to figure out this new sound. I had to find something to re-inspire myself as a songwriter, musician, and producer," ASHBA explained. "This has been the biggest challenge I’ve ever taken on in my life. It’s easy when you can follow in somebody else’s footsteps but when you have no roadmap and have figure it out on your own, you can create something unique and special."

ASHBA's sound incorporates the soaring leads and four-on-the-floor rhythms of early big room house, interpolated with his classic guitar sound. He has released several genre-defying tracks over the past year, including his debut single "Hypnotic" (with Cali Tucker), the anthemic electronic-metal hybrid "Let’s Dance" (with Sixx:A.M. lead singer James Michael) and an electrifying holiday crossover jam called "A Christmas Storm."

For his latest release, ASHBA gave the Italian folk classic "Bella Ciao" a modern-day EDM makeover after finding inspiration while on tour with Guns N’ Roses.

"I was really excited to put my own twist on the classic song," ASHBA said. "When I first heard it, I was on tour with Guns N’ Roses and I met my now wife in Rome. I kept hearing this song over there and I always thought it would make a great festival banger. Years later I was watching Money Heist and it came out and it just inspired me again right away and I ran to the studio to make my own version of it."

After touring around the world for decades, ASHBA, 49, now finds himself at the core of his creativity. With several singles under his belt and a hunger to push GDM, he currently has 30 original tracks in the works. And with less than a week until his debut headlining show, ASHBA is ready to be back with fans and offer a new kind of live experience.

"This has been the most inspiring venture of my life," ASHBA gushed. "I wanted to create something I could be proud of and inspire other people and kids about music. I don’t think I’ve ever been this nervous for a concert. I used to show up and get handed a guitar and play. Now I’m involved in every aspect, from the video work, to stage design, to programming all of the gear. It’s been a huge labor of love and I can’t wait to show the world what I’ve been working on."

Tickets to ASHBA’s headlining show on Friday, November 12th can be purchased here.