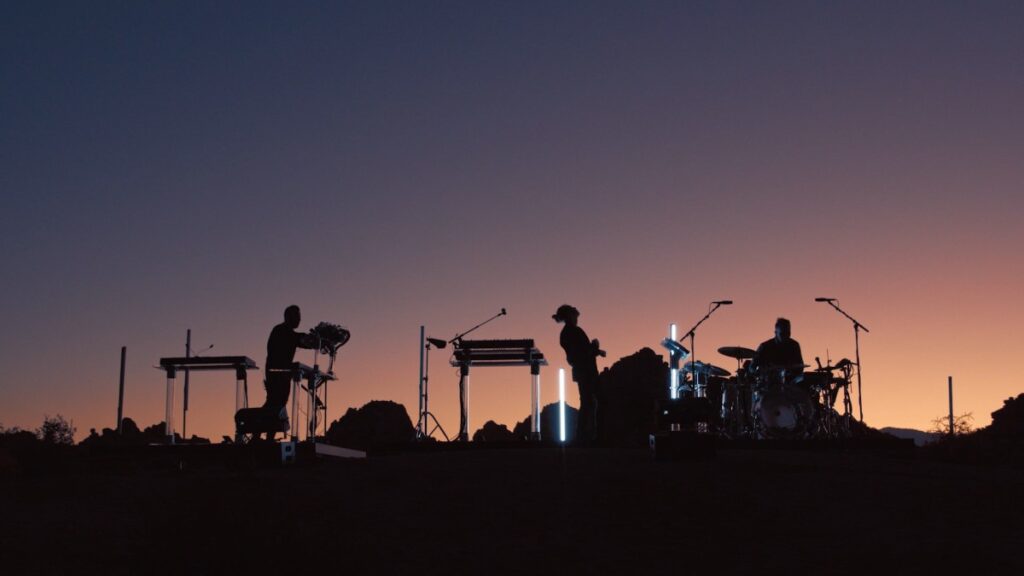 House and techno are the bedrock of electronic music. From the deep, dark trenches of barebones techno to the entrancing soundscapes of piano-laden melodic house, EDM.com’s monthly series The House Brew explores new releases from time-tested genres.

"We decided we wanted this to be a simple love song, which is rare of us to do, to create something purely sweet without juxtaposing that with the raw, dark emotions on the other side," RÜFÜS DU SOL said about "Next To Me."

Tyrone Lindqvist’s yearning vocals welcome listeners alongside a simple, soothing piano melody. Then, a howling chorus crescendos into an infectious groove. With emotive lyrics, tender vocals, and spirited basslines, “Next To Me” is signature RÜFÜS DU SOL.

Stephan Bodzin’s melodic techno anthem “Boavista” has been a staple in his live sets for at least three years now. While crisp kicks and Stephan Bodzin’s classic Moog lead steal the show here, the sub-bass—thundering on a dancefloor but lost in feeble speakers—packs a punch too.

HAFT”s “Zhaal” is a fine example of the smooth, slow-building melodic house Behrouz’s Do Not Sit record label curates.

HAFT employs a medley of musical elements over the course of the track, embellishing a powerful beat that sits at the center. The real treat begins at the 4:15 mark. Here, HAFT strips away the kick and bass, letting a hypnotic synth lead and moody guitar strums create a build-up that makes the eventual return of the bassline so emphatic.

Clocking in at almost nine minutes, Solomun’s remix is a real deep house journey. Warm, buzzing synthesizers and spacey pads elevate the original into a club cut practically made for late nights on the dancefloor.

Lane 8 has been growing his This Never Happened label with a steady stream of fantastic melodic house tunes. Making her debut on the label, Luzi Tudor shines on “Warrior” with a symphonic build-up that climaxes into twisting charges of bass.

"I wanted to create more of a brooding vibe incorporating synths and classical instruments," she said. "I named this track 'Warrior' to honor every person that perseveres and comes out better on the other side of life's challenges."

“Behind the Mirage” – Enamour

Conjuring imagery of lost desert cities, "Behind the Mirage" sticks true to its name. Enamour brings the track to life with tribal percussion and mystic synths.

“By Your Side“ (Dom Dolla Remix) – Calvin Harris

Australian producer Dom Dolla brings his tech house touch to a track from one of dance music’s biggest stars, Calvin Harris. Though he keeps the playful spirit of the original, Dom Dolla swaps the disco-inspired soundscape for a high-octane bass-infused beat. It's a perfect track for a sunny summer festival set.

Another one off Lane 8’s This Never Happened imprint, “Stay” by Embrz is a soothing melodic house gem. A warm, comforting piano melody, floating vocal chops, and a magnetic bassline coalesce into a dreamy concoction.

"When I wrote this track, I was listening to a lot of film soundtracks, especially Max Richter," Embrz shared on the inspiration behind the song. "I fell in love with the soundtrack to the show ‘The Leftovers’, and I was inspired to write something on the piano that made me feel that way."

“Disco 5” is the fifth track off Kaskade’s fifth Redux EP. The Redux series gives Kaskade an avenue to explore musical ideas outside of his main stage dominating sound. An easygoing blend of disco and house, “Disco 5” is characterized by bright horns and a smooth, simple bassline.

“Through & Through (LL mix)“ – Leaving Laurel

With the tragic passing of Pierce Fulton who was part of the Leaving Laurel duo, this track hits close to home. Evoking a strange, haunting beauty, the LL mix of “Through & Through” pulls at your heartstrings.

Speaking on Leaving Laurel's debut album which the mix is featured in, Gordon Huntley—the other half of Leaving Laurel—and Griff Fulton—Pierce's brother and manager—said "It’s ok to not be ok. It’s for anyone who can relate to his pain, and to know you are not alone.