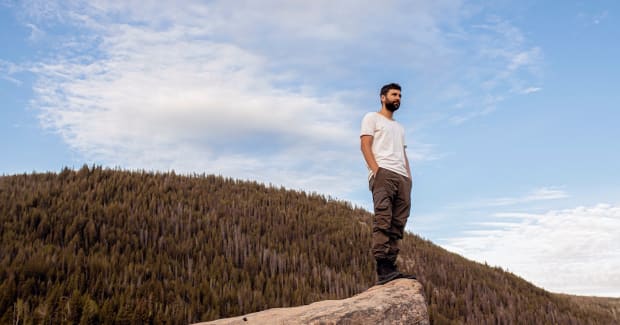 From his ID-filled seasonal mixtapes to his sensational, phone-free live shows, there are plenty of reasons why Lane 8 is one of the best house music artists around.

Visceral songwriting, introspective lyrics and elegant melodies embody the Lane 8 sound. His record label, This Never Happened, is not only home to his three stellar albums, but has also become a breeding ground for rising melodic house talent like Massane, Avoure and Anderholm.

To celebrate Lane 8’s birthday, dive into five of his best releases below.

Lane 8’s latest album, Reviver, was born of a desire for the producer to reinvent himself. While he declared it’s his “most dancefloor focused album yet,” there’s an understated gem in there, “Watermelon Wormhole.”

Keeping the kick drum at bay for over two and a half minutes through the track’s opening, Lane 8 maintains a delicate temperament on “Watermelon Wormhole.” Instead of pounding drums, he lets a band of buoyant arpeggios shine through.

Brightest Lights, Lane 8’s second album, is self-described as a form of “embracing the ups and downs of life and trying to see the world in a positive light.” It’s home to the most popular track of his discography too.

With over 39 million streams on Spotify, “Road” has enraptured fans with lush keys, smooth grooves and Arctic Lake’s tender vocals.

“Ghost Voices” is arguably Virtual Self’s (a side project of Porter Robinson) biggest tune. On his remix, Lane 8 seamlessly transforms the neo-trance record into a rousing, melodic house anthem. A beautiful piano melody, organic shakers and softly rising pads give it that signature Lane 8 feel.

Anjunadeep, Above & Beyond’s deep house label, was instrumental in kickstarting Lane 8’s career. Fans of the imprint are sure to recognize “The One” as the opening theme of the Anjunadeep Edition mix series for a long run. Released in 2014, the song embodies a previous era of Lane 8’s deep house sound.

“Bloom” is one of ODESZA's most celebrated anthems. Lane 8 raises the roof with a faster rendition filled with emphatic drums and rapturous energy. Though Lane 8’s sound has evolved, his “Bloom” remix remains a staple in his live sets seven years later.