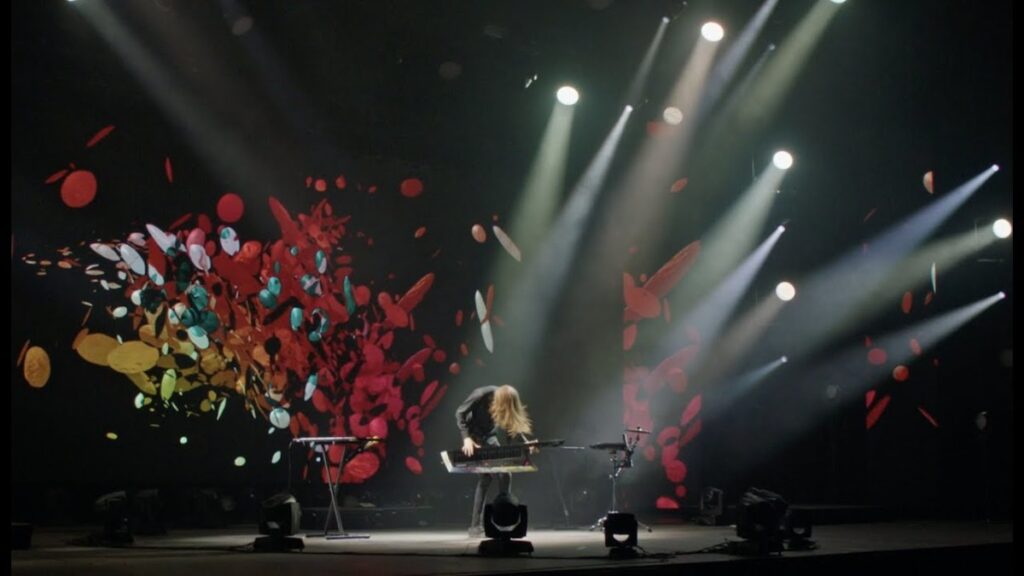 Axel Thesleff spent months preparing for his SXSW debut this year, developing a groundbreaking new audiovisual performance to share on the occasion. Despite his relentless preparation, though, history took an unfortunate turn with the onset of the coronavirus pandemic and subsequent cancellation of live festivals.

The Norwegian producer was down but not out. His plans took a different approach in partnership with event technology company Bright, who sent out a production team to the Helsinki Ice Hall to capture the producer's "set that never happened." Thesleff has since titled the event and resulting film "Arena Live"

With the new idea for "Arena Live" in place, things ultimately came together in very short order. "We had one day for rehearsals and one day for filming, things moved so fast," Thesleff said.

From the intricate keyboard performance to the vibrant enveloping visual landscapes unfolding in the background, no leaf was left unturned in this immersive performance, which was captured by an array of camera angles. Thesleff has effectively formatted his work for the audiovisual medium in the past—notably with the release of his Two Worlds EP in 2018—but "Arena Live" raises the stakes as his biggest undertaking thus far.

You can catch the full hourlong cinematic performance from Axel Thesleff on YouTube.