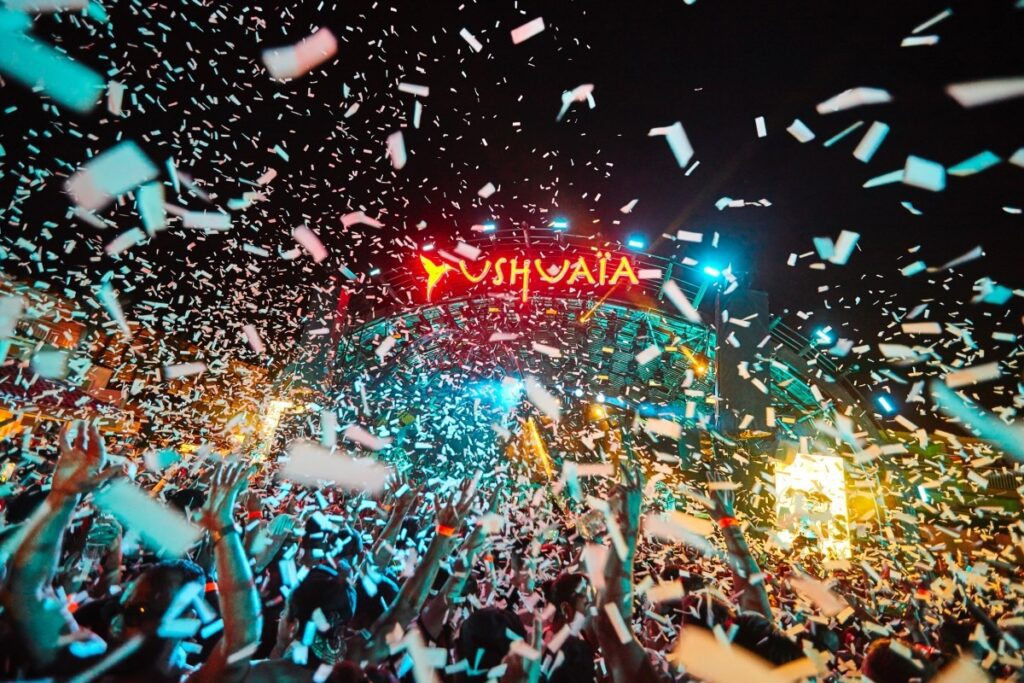 COVID-19 is like a school bully, kicking the shins and stomping on the sandcastles of the live music industry every chance it gets. Its unrelenting wrath has been felt in droves by not only the electronic music community, but the modern music zeitgeist at large. Innumerable artists, managers, sound and lighting engineers, operators, bartenders, and virtually every other moving part of what makes the wheels of a venue turn have found themselves hapless in the virus' wake.

There is perhaps no place on earth more suitable for a soppy session of nostalgia while we wait patiently for nightclubs to reopen than Ibiza. With no ostensible light at the end of the tunnel of the ongoing coronavirus pandemic, EDM.com caught up with a number of influential electronic music artists to wax poetic about their favorite memories from the clubbing capital of the world.

Check out the wistful memories under the Ibiza sunrise from Gorgon City, Benny Benassi, Wongo, and more below.

"The time when Kye cut his leg open in Amnesia was pretty insane. We walked out of the club and realised his leg was bleeding really bad – we went back to the hotel, after bleeding all over the place finally Artwork came to rescue and patched him up real good! Viva doctor Artwork!"

"My favourite Ibiza memory was the night I saw Paul Oakenfold performing at Privilege. Paul was a superstar and I was very young, he was an inspiration and I wanted to learn. Luckily, I had a chance to meet him and we actually became friends, he taught me a lot and I’ll always be grateful, it was a great night! In addition to that, I often go to Ibiza and I love it both as a tourist and as a DJ, it’s a wonderful place."

"In 2013, I visited Ibiza for the first time. I was lost musically at the time which is why we visited the island. I remember watching Pan Pot at Amnesia and I just remember how clean their percussion was in their set. The sound system is so well tuned it inspires music creation. It's crazy! After that set it re-energised me to keep Wongo alive and take music a bit more seriously. If it wasn't for that trip to the island there is a very good chance I wouldn't be running Box of Cats at all right now."

"The Balearic Islands are something else but for me, the best thing about Ibiza is how many different sides it has. You've got the incredible live scene with amazing DJs and musicians which is basically a guaranteed good time. Then you've got the beautiful Dalt Vila, the Old Town, with cobbled streets, beautiful restaurants and unreal views. The North of Ibiza is also its own world, rustic and full of nature, and don't forget the stunning beaches in the South and Formentera, honestly what more could you ask for?!"

"Our best Ibiza memories includes a lot of parties happening all on the same day. First, we played at Ushuaia Ibiza at the Garden of Madness party. The perfect summer day and the place was packed (something we miss a lot these days). We played a lot of new music which we were very excited about and when we finished our set, we headed over to the backstage room only to find Diplo with Dimitri Vegas and Like Mike playing for 50 people. We knew that day was going to be crazy right at that moment. After that party was over, we all walked across the street to Hi where we found Campelphat and Solardo were playing B2B. We had met the guys at our venue in Mexico City (@wearelooloo) and we had bumped into each other when we were playing at Tomorrowland a few days earlier so they invited us to go backstage with them – the music and the vibe were perfect.

Before any of this happened, the previous night Duke Dumont invited us to catch his set at Claptone’s Masquerade in Pacha, we had just remixed Duke Dumont’s track “Inhale” so we needed to keep celebrating. It was at this moment that we became conscious that our biggest goals were happening all together and we were hanging out with people we had admired for years. So yes, Ibiza nights are very special."

"One of the best memories we have of Ibiza is when we debuted at Sankeys back in August, 2018 alongside living legends Timo Maas and Brian Molko from Placebo. I don't think there's much more to say."

"I went to Ibiza for the first time when I was 17 with my two best friends. At the time I wasn’t really into electronic music and it was a bit of an awakening! It was 2008 and I remember that on the day Spain won the Euro cup we went to Amnesia, I'm pretty sure we were the only Brits there, it was just full of Spanish football fans going absolutely crazy! The peak was when the DJ dropped Faithless – Insomnia, the vibes were just incredible!"

"My favourite memory would be my first time in Ibiza. As soon as I got off the plane and went towards the car rental reception, I saw two familiar faces who have been the most important guys in my musical career, music managers Paul and Giorgio Sears.

I felt that it was destiny that wanted us to meet tight there because even though my house in Milan is 5 minutes from their office, we met on the party island of Ibiza. I don't believe in coincidences, something wanted us to meet right there in that moment."

"The best experience I can remember in Ibiza, is not a particular one, it was being able to share in backstage with the artists I admire, what I find inspiring about that is that I have the chance to see them performing and after I feel really lucky to be able to know the stories behind all what I saw, the struggle, the team that supports them, their philosophy like all those little elements that helped to be who they are today."

"A few years ago my manager Jon was working with an act called Blonde, they had an Ibiza Rocks show so I flew out to go and see them. Jon was coming to do the show on the way back from a wedding in Cyprus and had his daughter Esme with him. Apparently she is the only child to ever stay in the Ibiza Rock hotel. After the show we did the after party at Pikes, it was so amazing to see where they filmed the video for Club Tropicana, I could feel the spirits of George Michael and Freddie Mercury pushing me forward in music. We did all the usual sunsets and sunrises it was epic! I would love to play Ibiza with my act Paper Dragon."