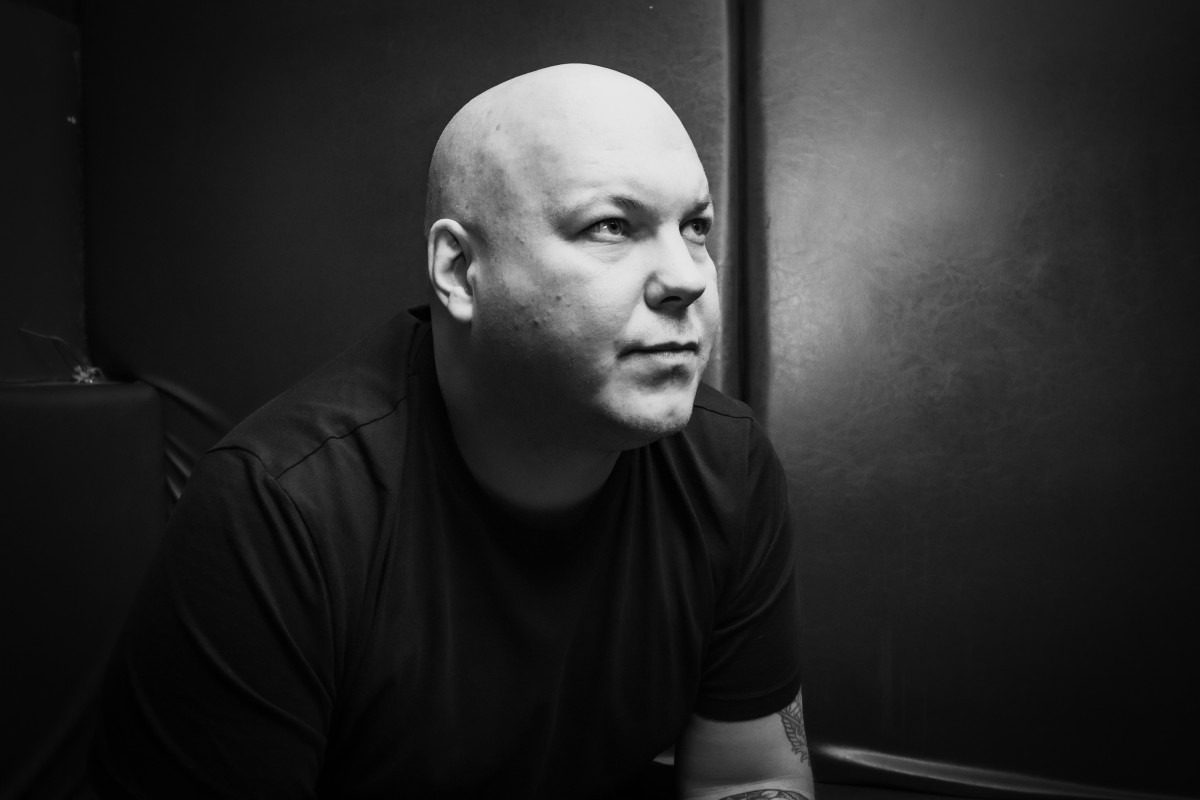 “Putting music out for the club, it feels like I can do that with my eyes closed,” mused Alan Fitzpatrick in an exclusive interview with EDM.com. “I do that so often—it’s natural for me."

Since his appearance in the techno scene more than a decade ago, Fitzpatrick has amassed an impressive canon of music, from smash hit “We Do What We Want” to a remix of Shannon’s 1983 electro-funk record, “Let The Music Play.” Just last year, the Brit released a whopping 24—yes, 24—original tracks, including two EPs with his under-the-radar electronica alias, 3STRANGE.

But in 2019 Fitzpatrick decided it was time for him to try something new, stepping outside of his creative comfort zone to embark on his first album since 2010. And Machine Therapy, out now via Anjunadeep, was born.

Completed during the pandemic, Machine Therapy is a cinematic 12-track journey heavily inspired by classical ensembles, futuristic sonics and the mixed feelings of lockdown. The album's name comes from the hardware-heavy approach Fitzpatrick took to its rich, orchestral soundscapes.

"The machine being the hardware of putting music together, and the therapeutic-ness of writing music in a time when we were unsure what was happening,” he said. “It’s been nice to convey that power of sound just using what I’ve got at my fingertips."

In addition to its intentional integration of emotions, the format of Machine Therapy is also markedly different from the EPs of Fitzpatrick’s past. Instead of incorporating ideas from all corners of his archives, the artist freshly composed each track with this specific project in mind. It’s a concept piece, he noted, and is meant to be experienced in one sitting from beginning to end.

“One [track] is sort of nothing without the other,” Fitzpatrick described. “Although it isn’t, this one feels like my debut album—my first proper coherent project of music that works in conjunction with itself.”

With its tracklist organized and reorganized “about a million times,” Fitzpatrick said, the final arrangement of Machine Therapy sprinkles references to the 90s U.K. rave scene of Fitzpatrick’s youth amongst techno, house and ambient synths. Songs like album opener “Berlin Morning Calm,” an eerily pensive instrumental, and “The Sweeper” a dark and dirty rave track, gently ebb and flow between moods and aural textures.

Then there’s “Something Wonderful,” which juxtaposes breakneck drum lines with a heartbeat-like bass line and ethereal vocal chops. Inspired by early drum and bass and jungle music, synths fan out like waves underneath an audio sample from UK electronic pioneer Goldie.

Machine Therapy also features a host of high-profile collaborations with artists such as Kele, of British band Bloc Party; drum & bass mainstay High Contrast; and LOWES, who has previously been tapped by the likes of CamelPhat, OTR and Franky Wah. Lawrence Hart appears on both “Closing In” and “Warning Signs,” the latter of which Fitzpatrick called a “goosebumps track.” It pairs a four-on-the-floor beat with distorted techno tones and Hart’s muted vocals, which emerge as if they’re coming from underwater.

“It’s been so long since I’ve done an album and it could be 10 years until I do another one. So I thought, ‘Let’s just go for it. If we’re going to do something special, let’s make it special by working with people you wouldn’t often get the opportunity to,’” Fitzpatrick said of his choices in collaborators. “I really respect these people…in a dream come true type of way.”

Tying it all together is project closer “Unite,” which is built around the audio of Charlie Chaplin’s final speech from his 1940 film, “The Great Dictator.” Fitzpatrick hoped this would round out an overall message of “humans unifying and hope,” he noted. “You, the people, have the power – the power to create machines. The power to create happiness. You, the people, have the power to make this life free and beautiful, to make this life a wonderful adventure,” Chaplin urges above celestial chords and another bass heartbeat.

Fitzpatrick hoped this sample would round out an overall message of “humans unifying and hope” when faced with adversity, he noted.

“There was a lot going on during the time when the album was made. Certainly it was a period where none of us as humans had ever been through anything like that,” Fitzpatrick said. “Hopefully people listening to it can relate to the difficult emotional experiences we had all gone through during the pandemic.”

With the worst of COVID-19 seemingly behind us, Fitzpatrick is now looking to the future, gearing up to release a track every month in 2022. While Machine Therapy was built from his “blood, sweat and tears,” it belongs to the people now, and he’s ready to move onto a new chapter of heavy techno club music.

First up on the docket is “Flashing Lights,” with British up-and-comer Bklava. “She’s a great DJ, great producer and great vocalist,” Fitzpatrick praised. Due December 10th via his We Are The Brave banner, it will be followed by a Machine Therapy remix pack of reinterpretations from “really cool artists,” he disclosed.

“If people thought that I’d be taking a production break for six months after the album, they’re going to go into shock. There’s so much music to come,” Fitzpatrick hinted. “I’ve got a revitalized energy to be performing again, and I’m excited to be back out meeting fans and playing music worldwide."