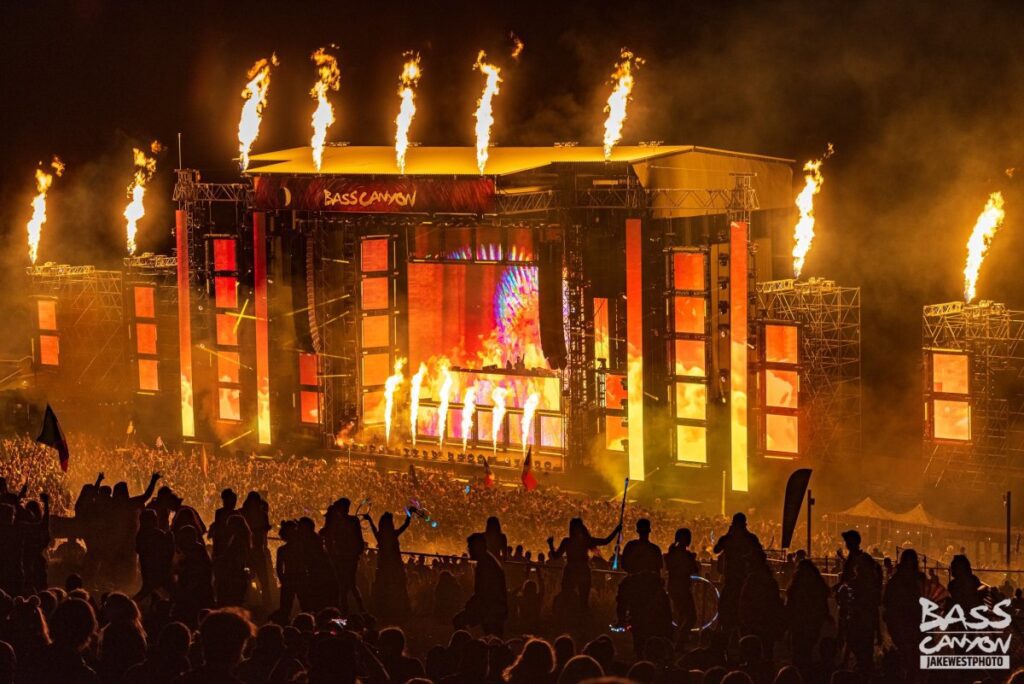 Bass Canyon became a real-life game of hide-and-seek last weekend, thanks to a young woman who purportedly went missing on purpose.

Our story begins on Thursday, August 19th at the Bass Canyon pre-party. The roads around northwest Washington's idyllic Gorge Amphitheatre were filled to the brim, teeming with eager ravers ready for a weekend of ear-splitting dubstep and rail-riding. Angela Melnik was among them.

As far as we can tell, the next 48 hours or so passed just as any other camping festival would. The DJ sets were slapping, the fans were clapping, and the ferris wheel went round and round. Then, on the last night of the event, Melnik vanished without a trace.

When Melnik still hadn't turned up by the time her friends were packing out of the Gorge on Monday morning, the group reported her disappearance to the Moses Lake Police Department and sounded the alarm across EDM Twitter in quasi-viral posts.

The story was quickly picked up by local news outlet iFiBER ONE, which also alerted the public on Tuesday when police located Melnik at a hotel. According to Officer Caleb Martin, she had misplaced her phone and "partied pretty hard, and lost her way trying to find her campsite on Sunday." Then her friends left her behind and went home, Martin added.

Case closed? Nope. Melnik's phone was twist number one. It was found by a Bass Canyon employee on the sound board barrier at the festival's Hilltop Stage along with her passport, social security card and car keys.

In a series of Snapchat posts, Melnik later revealed that her belongings were left behind on purpose in the hopes that someone would steal her identity. She also claims to believe she was following the word of God: "I read something in the Bible saying, 'If you're gonna follow Jesus give away everything you have.' So I did…and I'm still alive and unharmed," she wrote.

Twist number two was the actual disappearance. Despite concerning announcements from friends suggesting sinister circumstances, screenshots of since-deleted social media posts and comments published by Melniik revealed that she wandered off sober and on purpose. "I just wanted a break from the world," she posted, detailing how she deliberately chose not to contact friends, family or the authorities while she was gone.

Instead, Melnik "went along with the flow," she said, taking a last-minute job with carpooling app CatchARide and crashing with the company at the hotel where she was found on Monday evening. "I'm a wild child and very spontaneous!" Melnik summarized.

While Melnik has not yet made a formal public statement about her experience, messages shared on Twitter by friends show she's anything but apologetic: "I didn't know it was a crime to be alone?" she wrote. "The biggest (mistake) is involving people in my life because they can't handle be being spontaneous and living my own free life."

To put it mildly, EDM Twitter has been having a field day. "Who needs drugs when Twitter takes me on a trip every day?" one user wrote. "Directed by M Night Shyamalan," another commented.

All jokes aside, let's not forget that this saga was an emotional rollercoaster for all parties involved. Before the truth emerged, Melnik's Bass Canyon group even endured an onslaught of digital hate for allegedly leaving her behind: "I would personally start a GoFundMe just to ruin their lives," one person tweeted.

The story also illuminated a crucial phenomenon when it comes to raving in today's day and age: vigilance. Check in on your friends, and check in on yourself. You're only as happy and healthy as your most fragile link.