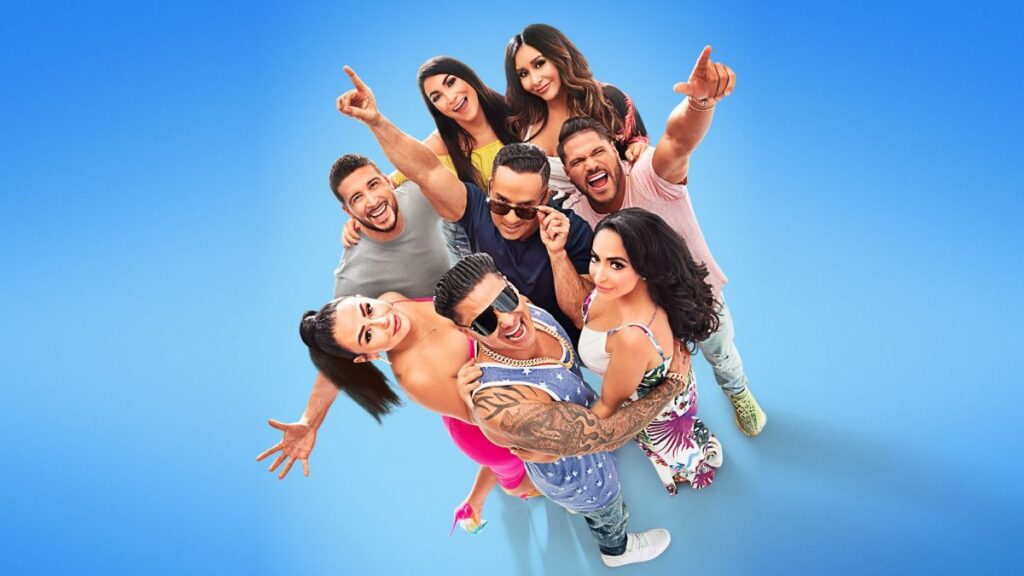 Ready for a blast from the past? Think back to the simpler times of 2009, when your only worry was whether or not you were going to miss the new Jersey Shore episode. Jersey Shore was one of those guilty pleasure programs you couldn't peel your eyes away from.

Filled to the brim with drama, debauchery, and, of course, fist-pumping, it's no wonder the absurdly entertaining show lasted for six seasons and received multiple spin-offs. Every year we couldn't wait to see Snooki, Pauly D, Vinnie, J-Wow, Sammy, Ronnie, and of course Mike "The Situation" head back to the sun and booze-soaked boardwalk of the Jersey Shore.

One thing you might have missed in between Snooki getting arrested or Sammy screaming at Ron for making fun of her big toe is that the show was loaded with electronic music. It even kickstarted Pauly D's DJing career, helping to earn him residencies at some of the biggest clubs in the world.

Pack your bags and tanning oil, because we're heading back to the shore with the top 10 EDM songs from Jersey Shore.

You can't start a Jersey Shore tracklist off without including the show's opening theme, which encapsulated the entire series' insanity in just a mere 23 seconds. These cast members indeed went crazy, went wild, and partied loud, so it was only fitting to start the show with LMFAO's "Get Crazy" every week.

deadmau5 may or may not be proud to be included in this list, but it must be done. His 2009 single "Ghosts 'n' Stuff" would go on to be arguably one of his biggest hits, and definitely had the club scene roaring during the filming of the first season. Years later in 2012, the mau5 and DJ Pauly D ironically got into a very public feud over the quality of his music video "Night of My Life." Diving headfirst into a Twitter back-and-forth with deadmau5 comes with the territory, though, and may even land you a spot in a video game.

"Come On" has fist-pumping written all over it. The high-octane production was an immediate party starter and had a fitting place at the Jersey Shore. It's easy to picture Snooki doing one of her barefoot backflips to this hit by Tiësto and Diplo.

"Gettin' Over You" could be the anthem of Ronnie and Sammy Sweatheart's relationship. While their outcome was less than desirable, the feeling we get when hearing this song by David Guetta and Chris Willis is anything but that, as it takes us back to when EDM was sneaking its way onto mainstream radio. Step into any club in 2010 and you would hear it blaring over the speakers.

Lil Jon and 3OH!3's "Hey" is another track that was literally built for the cast of Jersey Shore. Lil Jon is featured here doing what he does best, commanding us to party. The cast of the show even gets a cameo in the music video, solidifying its spot on this list.

Paul Oakenfold – "Pump It Up"

Who knew trance legend Paul Oakenfold was enlisted to create a track for the show? He hits the nail on the head with "Pump It Up," which has lyrics that sound like the script of every episode. You know Mike was fist-pumping his life away to this at Karma.

Steve Aoki's "I'm In the House" screams 2009, a time when partying was heavily encouraged. The pounding synths and repetitive declarations are the sonic representations of the cast pre-gaming until someone yelled, "Cabs are here!"

Richard Vission & Static Revenge feat. Luciana – "I Like That"

Richard Vission and Static Revenge's "I Like It Like That" still hits as nicely as it did 11 years ago, with its catchy top-line and dance-inducing beat. It's definitely one of those tracks that was belted out by a crowd in a sweaty nightclub as shufflers opened up the dance circle.

Combine Lil Jon and Mr. Worldwide and you have yourself a track that was played throughout the nation. Jersey Shore got it right by adding "Work It Out" to the soundtrack since it is the epitome of a song the boys would blast during one of their famous gym, tan, laundry sessions.

Rounding out the list is yet another song that represents a perfect backdrop to Ronnie and Sammy's tumultuous relationship. This single dominated the airwaves back in its day, but this EDM edit cranked things up and made it perfect for a rough and rowdy night out on the boardwalk.