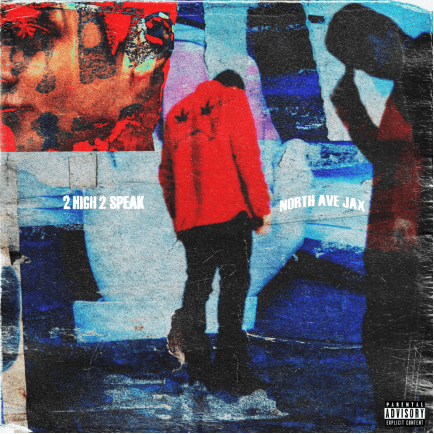 ‘2 HIGH 2 SPEAK’ highlights North Ave Jax’s universal talent as the Burlington rapper enmeshes his trademark flow alongside primeval laidback toplines ordained for luxury and avail. In addition to the single’s catchy chorus and lyrics, ‘2 HIGH 2 SPEAK’ depicts the liberated aura that he has absorbed since his two previous releases ‘Trust Nobody‘ and ‘Play Dumb’.

On April 16, he will be making a special headlining appearance at the Higher Ground Ballroom to perform alongside SSGKobe and many upcoming Burlington, VT based artists. Fans can purchase tickets for the event HERE. Be on the lookout for more music to release later this year.