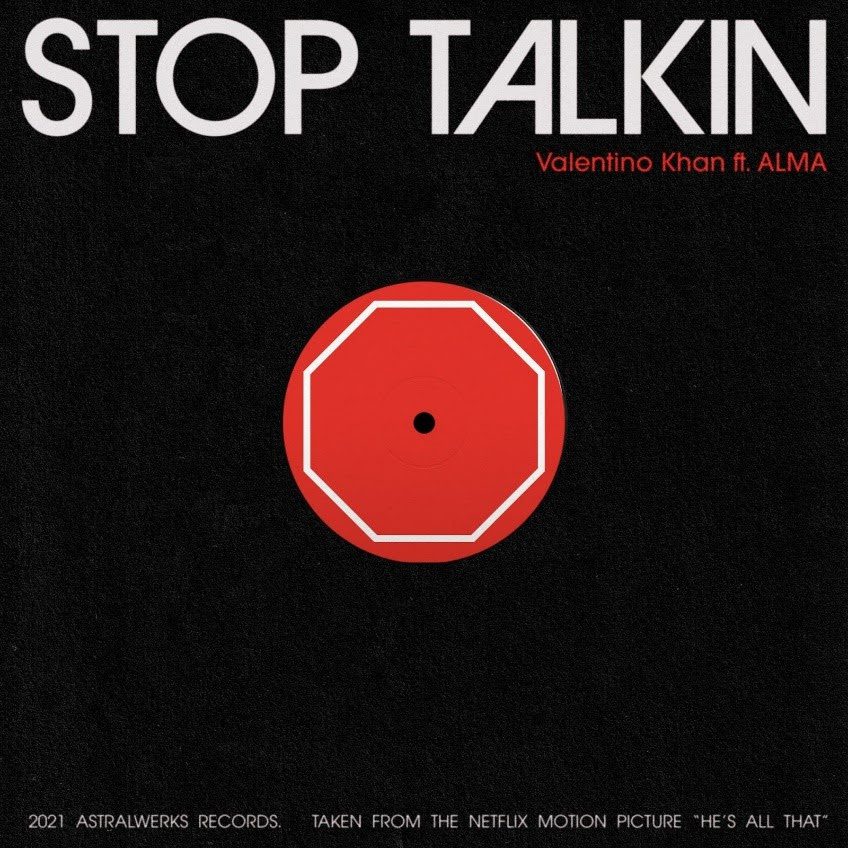 Genre-blurring Los Angeles producer and DJ Valentino Khan is back with the neon-tinted dancefloor-filler “Stop Talkin,” featuring Finnish singer ALMA. The delightfully brash track weaves ALMA’s bright vocals around colorful synth programming. It’s also the latest release from He’s All That (Music From The Netflix Film), due August 27 on Astralwerks.

“Stop Talkin” reaffirms Khan’s commitment to always pushing himself as a producer. Swirling together ecstatic house drums and syrupy synths with ALMA’s airy hook, the track blends dancefloor devotion with a love for gleeful pop. The resulting song can soundtrack a sweaty night at the club, but leave buoyant melodies bouncing through your head well into the next day.

The track is the latest release from He’s All That (Music From The Netflix Film), which is due out August 27, the same day the film releases on Netflix. The movie is a reimagining of the 1999 teen classic She’s All That—this time around, an influencer who specializes in makeovers bets that she can transform an unpopular classmate into prom king. The film stars Addison Rae and Tanner Buchanan among others.

For the ever-productive Khan, “Stop Talkin” arrives amid an especially busy streak. In 2021, he’s already shared the dizzy, techno-inflected track “Your Body” with Nitti Gritti and the electrifying trap cut “Digest” with Wifisfuneral and Almighty Jay. Just those singles show how wide-reaching Khan’s tastes and abilities are—you never know just what sounds and styles his next track will serve up. That’s part of what makes following his music so exciting—he can do just about anything, including making a perfect pop song like “Stop Talkin.”