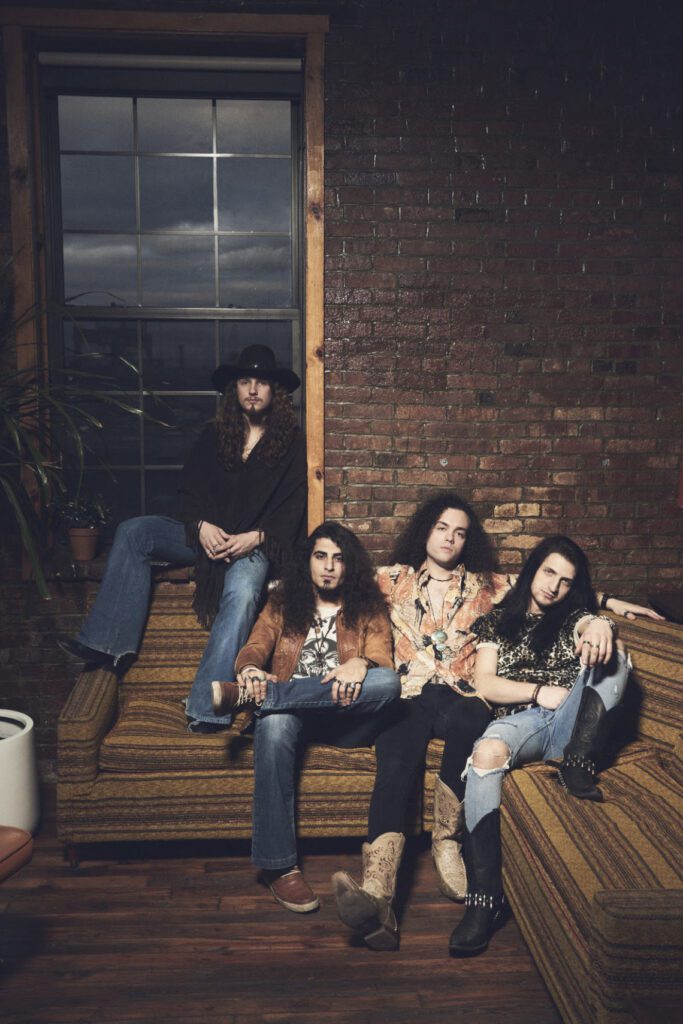 Columbus, OH based Rock band SOUTH OF EDEN (formerly BLACK COFFEE) has released their debut single and music video, “Dancing With Fire.” The song’s official music video follows the band through months on the road including the band’s first label performance (look out for a cameo by LAVA’s own Jason Flom). It includes footage from South of Eden HQ in Columbus, OH and shows the band in their natural habitat.

“We wanted this to be a personality piece, and with all of us in quarantine we knew the best way to do that was to show what we have accomplished leading up to this release. John Payne, our media man, has been following us around for the last two years! The best thing to show with raw music is raw footage.” – SOUTH OF EDEN

Rip-roaring riffs abound on this incendiary and irresistible anthem. Helmed by GRAMMY® Award-winning producer GREG WELLS (ADELE,TWENTY ONE PILOTS, DEFTONES], hyper-charged guitars, and thunderous percussion collide with towering falsetto as the refrain soars to the heavens and back. Emerging with a scorching sound of their own, the boys siphon grunge melody into classic rock-style virtuosity with unapologetic attitude and a whole lot of grit.

“We knew we wanted our first release to showcase our personalities, both in the music and visual. ‘Dancing With Fire’ is just that; personality. It’s a song about conflict, and to us, that conflict is being a bunch of twenty-two-year-olds attempting to make it as a rock band in unprecedented times. We’re excited to see how people interpret the song into their own lives.” – SOUTH OF EDEN

South of Eden (formerly Black Coffee) are: Ehab Omran [lead vocals, acoustic guitar], Justin Young [lead guitar, vocals], Tom McCullough [drums], and Nick Frantianne [bass]. The Columbus, OH quartet have already performed alongside everyone from the Foo Fighters to System Of A Down, and invite you to join them on their journey of looking at rock ‘n’ roll through a modern lens.