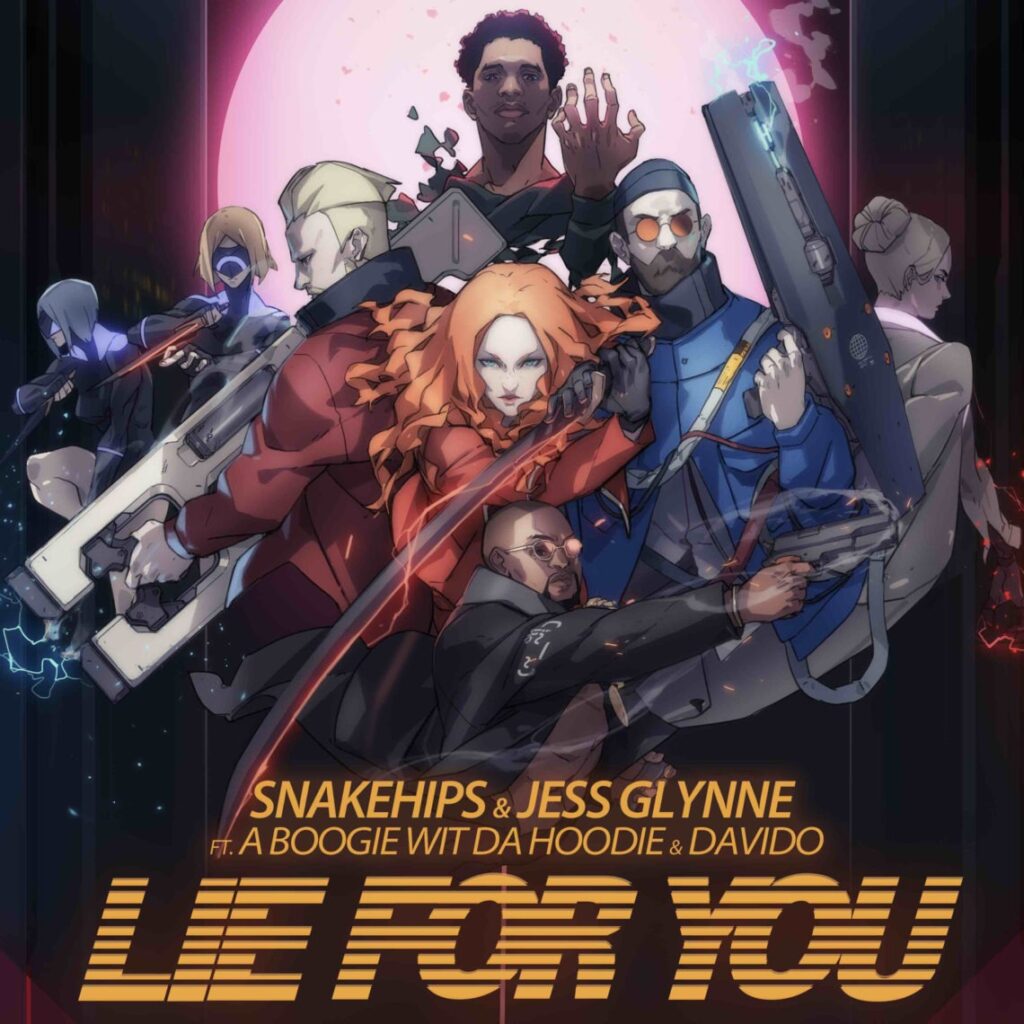 Transforming the mega-lineup of Snakehips, Jess Glynne, A Boogie Wit Da Hoodie & Davidointo resilient anime avatars, the official video for their infectious collaborative single ‘Lie For You’ is out now. The production was created by Hound Content, director Nicholas Lam and animation studio Point Five Creations.

Set in a dystopian authoritarian state, the visual begins with no-nonsense parteners Jess Glynneand Davido setting out on a mission to dismantle the system. With the evil corporation using everything in their power to stop them, they launch Weapon X, a imperishable mech controlled by A Boogie Wit Da Hoodie. Just when all hope is seemingly lost, Snakehips’ duo James & Olliecrash onto the scene and help to destroy A Boogie and his evil cohorts, restoring peace and humanity to the world.

“This is super exciting,” director Nicholas Lam begins, “because not a lot of these exist as official music videos. By Bridging the colossal fanbases of Snakehips, Jess Glynne, Davido and A Boogie Wit Da Hoodie with the global phenom that is anime, we’re going to create an unstoppable ride or die visual that is guaranteed to crush the internet.”

Marking Jess Glynne’s first single release of the new decade, ‘Lie For You’ combines the Grammy-winning pop icon’s celebrated vocals with Snakehips’ smooth, sunkissed production. Davido then delivers a trademark verse that perfectly complements the vibe, before A Boogie Wit Da Hoodie rounds things off with a similarly slick delivery.

Since release, the record has accumulated close to 4 Million streams. It has been playlisted by Kiss FM and picked as their ‘Breakfast Banger’, as well as being selected for ‘New To 2’ by BBC Radio 2, with additional support from the likes of BBC Radio 1Xtra, Kiss Fresh.

Made up of James and Ollie, Snakehips have previously collaborated with the likes of Chance The Rapper, Anderson Paak, MØ, Anne-Marie and Joey Bada$$. The platinum-selling hit makers have also played at ​Coachella​, Lollapalooza, ​Bonnaroo and many more. With no fewer than seven #1 singles under her belt, Jess Glynne is one of the UK’s most recognisable pop figures and songwriters, also winning a Grammy for her work with Clean Bandit and collaborating with the likes of Nile Rodgers, Route 94 and Macklemore.

Born in Atlanta and raised in Lagos, Nigeria, Davido is a global Afrobeats superstar whose catalogue has amassed well over a billion streams. The most followed African artist on social media, he has also previously collaborated with the likes of Popcaan, Summer Walker, Chris Brown, Gunna, Khalid, H.E.R, Young Thug and the late Pop Smoke.

One of the biggest names in modern US hip-hop, A Boogie Wit Da Hoodie burst onto the US hip-hop scene and is best known for recent single ‘Numbers’ as well as #1 2018 album Hoodie SZN.

Bringing together some of the best artists from both sides of the Atlantic, ‘Lie For You’ has all the right ingredients to become a summer hit.