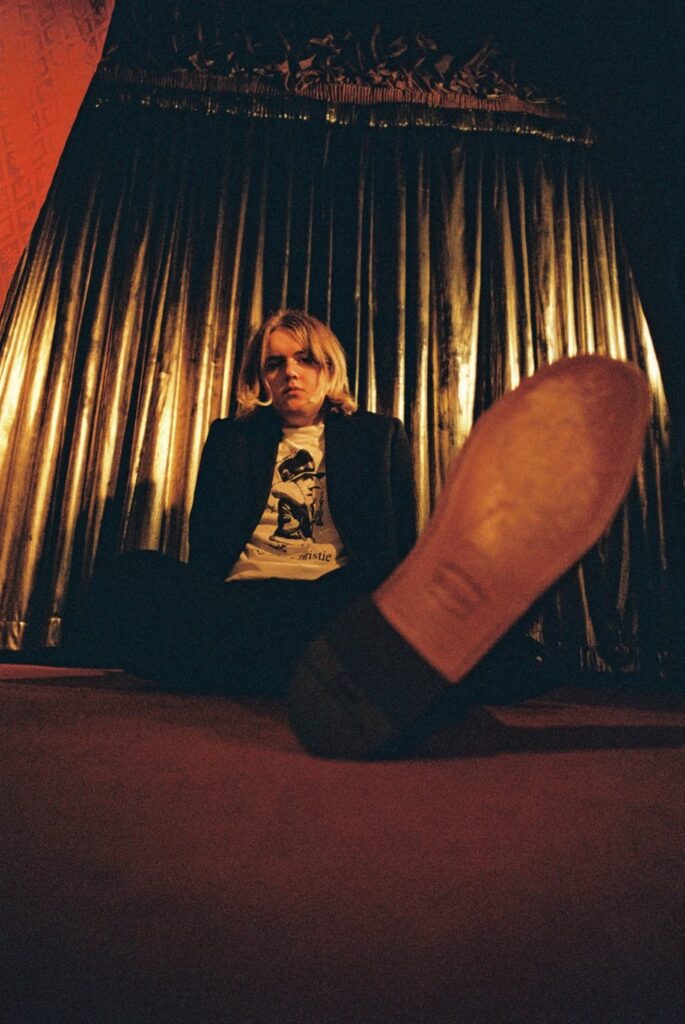 London based artist, multi-instrumentalist and producer Oscar Lang has shared ‘Yeah!’, off his debut album, ‘Chew The Scenery’. The track premiered as Jack Saunders Daily Delivery on BBC Radio 1 last night, with Saunders adding: “Don’t sleep on Oscar Lang, he knows how to bring the energy.”

Lang will also embark on a headline tour later this year, including a date at the Camden Assembly on 28 October – with fellow rising star Molly Payton supporting at all shows. An intimate in-store tour is also planned for August. Tickets available HERE.

With Chew The Scenery taking in scuzzy indie rock dynamics, psychedelic flourishes, and even orchestral grandiosity along the way, Oscar Lang’s guiding light has been the art of embracing feeling. Speaking on new track ‘Yeah!’, Lang explains: “This track’s about trying to impress someone, but really just boring them instead. It reminds me of telling my girlfriend about all the weird little things I find interesting and her not really giving a shit haha (It’s actually my girlfriend’s favourite track). I wanted to capture 90s old-school break-beats, mixed with a little bit of rock to keep it fun and vibey.”

‘Yeah!’ follows the release of previous teasers ‘Write Me A Letter’,  ‘Thank You’, ‘Stuck’, ‘Are You Happy?’ and ‘21st Century Hobby’, which have contributed to Lang’s strong run of tastemaker support, from the likes of The Independent, NME, The Line Of Best Fit, DIY, Clash, Dork, Gigwise and more. The album’s singles so far have also been heavily supported at radio by Annie Mac, Jack Saunders, and Jess Iszatt on BBC Radio 1 and John Kennedy at Radio X.