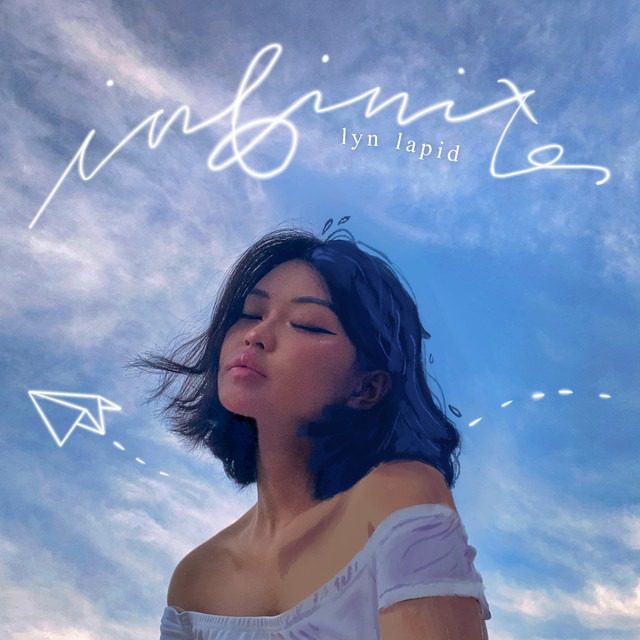 The beauty that awaits you will put a smile on your face. Lyn Lapid ‘Infinite’ is a dreamy piece of music that is impeccably written and a song that has left me swooning.

Of the meaning behind ‘Infinite’, she says,

“I feel like there’s so much pressure not to waste your teenage years as you so often hear that they will be the best years of your life. I wrote ‘Infinite’ more so as a question to myself, asking if I was wasting my own youth. The song begins with me simply asking how to be you yourself, because in a time where social media romanticizes youth, independence, and telling you what you should and shouldn’t be, it can be difficult to figure yourself out.”

“The chorus then represents what you see on social media; friends going on adventures, driving super fast on the highway, and dancing in the rain at 3 a.m., and how what you see on social media can make you feel like you’re ‘missing out’ if you’re not doing the same things. I took the ending line of the movie The Perks of Being a Wallflower, ‘And in this moment, I swear, we are infinite,’ and made it the last line of the chorus to illuminate that sense of euphoria.”

“The second verse is about feeling hesitant or afraid to let go and live as the ‘main character’ after being used to living a quiet and complacent life for so long. But then I end the song saying how I will try to start living less afraid and ‘vigilantly in time,’ which I feel a bunch of people will resonate with. I wanted to end the song on a positive note, encouraging people to live their own lives, in whatever way that means for them.”

Stream the track below.