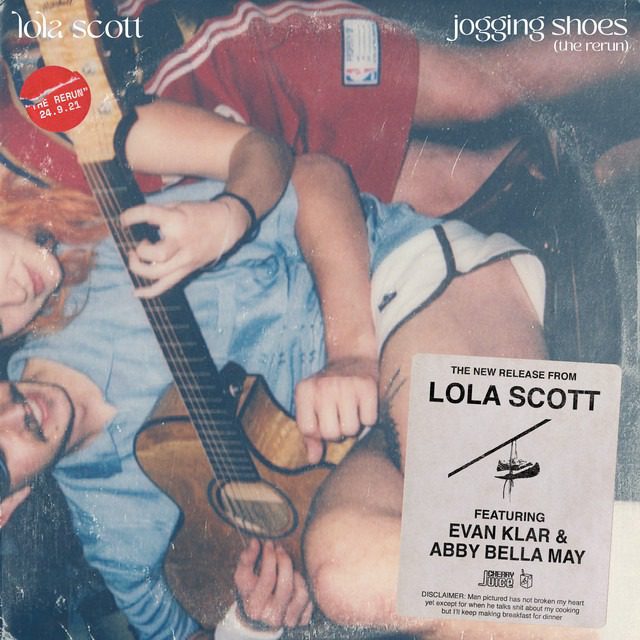 Lola Scott returns to MIML with a new track, and this time she has company. She collaborates with Evan Klar and Abby Bella May to give us ‘jogging shoes’ (the rerun)

The track is a re-write of ‘jogging shoes’ featured on her debut Ep, and it chronicles the story about a girl who sees her boyfriend cheating on her at her birthday party, and she’s still a bit petty about it but so over his BS.

Featuring in the re-write, are the perspectives of the {now ex} boyfriend (sung by Evan Klar) and the girl he cheated with (sung by Abby Bella May). Abby’s character was ignorant of the fact that Evan’s character was in a relationship so Lola’s character doesn’t blame her, but instead, they bond over the mutual realisation that the cheater is bad in bed.

Lola sent me jogging shoes asking If I could sing a verse. I’d been loving her recent EP so I was hyped to get her message. Thing is, I didn’t realise I was saying hell yes to singing on a song where I’d play the cheating ass hole in the story.. that part wasn’t easy but it’s her story, not mine so fuck it I’m fine. Then Abby was added as a character.. the three of us jumped on a call to somehow make sense of the hot mess. I think we nailed it? A breath of fresh air writing with Lola and Abby, they kick ass.’ – Evan Klar

Jogging shoes was the first time Alix and I met up to write one on one. It was in her old share house, sitting on her couch across from us was the table we were dancing on two weeks beforehand. Some rowdy times in that house. She made us some tea, we talked shit for some time and I was so nervous cause I hadn’t realllly written with anyone besides like two other people so I think I kept talking because I was so nervy. Anyway, We finished the song in less than an hour and from then on she became one of my best friends, that session definitely bonded us. I also found a person who I can write great songs with, feel totally comfortable in their company and the end result is always something we both love that one or sometimes both of us want the song haha.– Abby Bella May

Now, hear the track below.

Lola Scott is a talented artist that everyone should get familiar with ASAP.