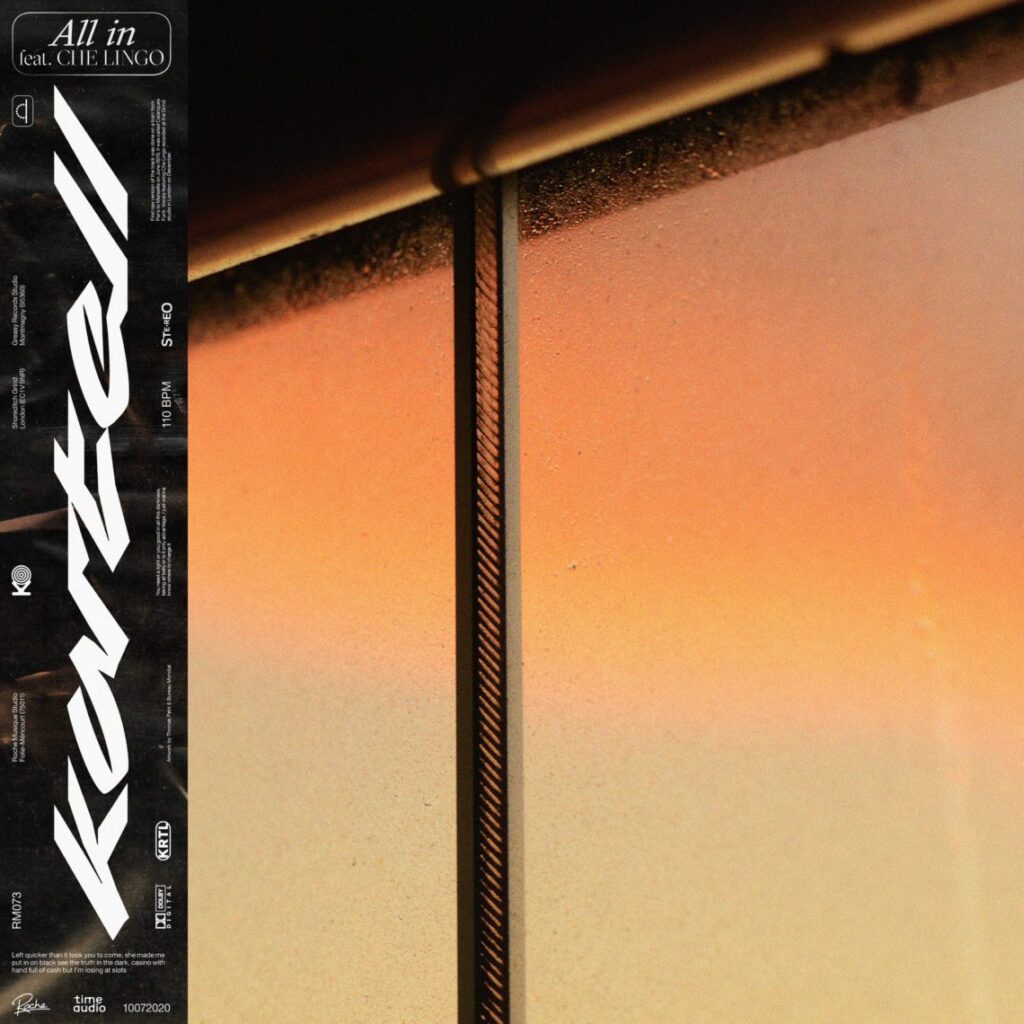 Kartell’s ‘All In’ featuring Che Lingo is a gorgeous track with a delicious groove that will make you want to dance all day and night.

It has this wicked funk/disco vibe that screams Summer and I am swooning.

First composed in a train between Paris and Marseille in June 2019, the track came to life in December during a studio session with Che Lingo on his own turf.

Along with this release, Clément Chasseray and Julie Meyer have produced an official visualizer which illustrates and perfectly transcribes the song’s universe through Che Lingo’s lyrics.

“All In represents the idea I have of the end of a hot summer day, its colours and intense lightness. It’s a funky, positive song which can also be read in contrast. Che Lingo captures this in-between moment, between rap and singing, optimism and resignation.” – Kartell