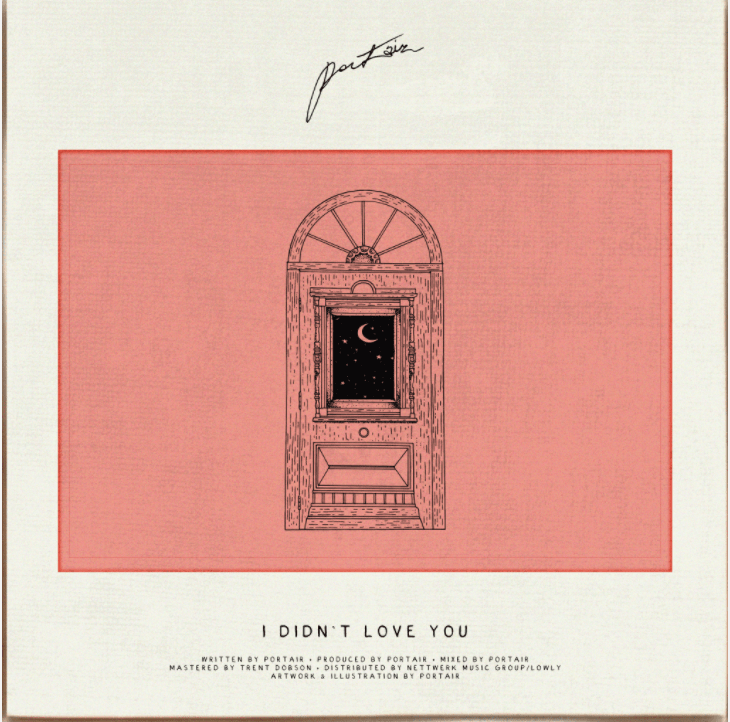 Today, Alternative singer-songwriter, multi-instrumentalist, graphic designer/artist and producer Portair shares his new emotional folk-pop single, “I Didn’t Love You.” He explains, “It is a song that was written in a dream I once had. In the dream a person I loved, believed that I never did and that was really hard to accept.” The video is the first part of a two-part series chronicling the relationship. He adds, “For the music video, I wanted to capture the intricate and intimate moments shared between two people as they try and navigate the complexities of relational fatigue and the split second where they realize everything changes. I wanted to do this in the form of a one-shot video, and I think this embodies that.”

Portair’s debut EP, The Light That Gives, will be released on June 25, 2021. As a songwriter and a producer, his songs and scores have appeared on networks such as Netflix, NBC, MTV, and CBS, but those were merely experimentations. He elaborates, “When I moved to LA, I wanted to start something organic. This project is all my passions I can express in one cohesive art form.” The result is an alluring introduction to the Sydney-born and Los Angeles-based storyteller, whose earthy folk-pop wades through life’s pain to discover its harmony. The record explores themes of nostalgia, childlike excitement, and curiosity through the lens of Portair’s personal struggles with depression, chronic pain and upheaval.