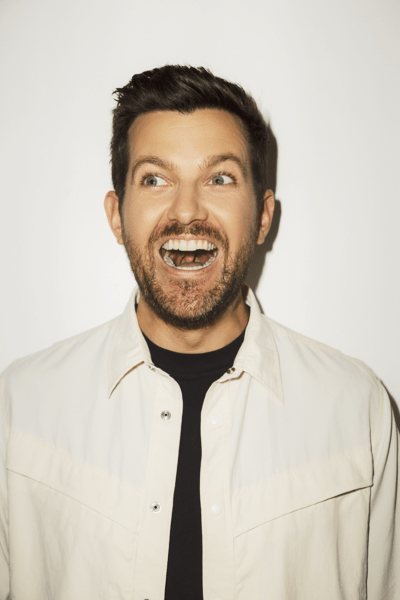 “Making Happy Machine throughout quarantine has been one of the most fulfilling and serendipitous processes I’ve experienced as a musician,” Francis says. “My goal was to give people something joyous during a time of deep uncertainty and turmoil, something I hope will provide a little levity and fun. This is my most collaborative album yet, and being able to work with so many talented artists, songwriters and producers from all over the world toward this common goal to create something positive when we were all going through this difficult experience felt unifying and hopeful.”

Happy Machine is the happiest music of Francis’ career, with an infectious house spirit that courses throughout. Made in the midst of the pandemic, Happy Machine serves as a joyful reentry into the world and a celebration of life, family and friends. It is also his most collaborative and pop-leaning project, featuring contributions from some of the world’s most renowned and prolific songwriters who regularly work with the megastars of the pop world, including Jenna Andrews (BTS, Lily Allen, BENEE), MNEK (Selena Gomez, Little Mix, Julia Michaels), Teddy Geiger (Shawn Mendes, P!nk, John Legend), Sarah Aarons(Zara Larsson, Alessia Cara, Khalid) and more.

The new track follows the first two offerings from Happy Machine,  “Unconditional” with 220 KID and Bryn Christopher and “Love Me Better” with Shift K3Y and Marc E. Bassy, which is currently in the top five at U.S. Dance Radio.

Additionally, Francis recently announced the Sugar, Spice and Everything Ice U.S. tour with co-headliner Yung Gravy for 2022, with stops in New York, D.C., Austin, Nashville and more. KITTENS will support. Check out the full dates below and get tickets here.

Earlier this year Francis shared his Very Important Music EP via Mad Decent, a five-track collection of VIP remixes of his own tracks from throughout his career, including collaborations with Kygo, BabyJake, Lao Ra, Evie Irie and Yung Pinch. The Very Important Music EP continues a monumental run for Francis, whose 2020 releases included “Places” with Drove, “Be Somebody,” “You Do You” and more. Also in 2020, Francis presented his three-day IDGAFOS Weekend livestream featuring sets from over 20 artists including himself, Diplo, Sofi Tukker, Aluna, Flosstradamus and more. Dillon’s major label 2014 debut, Money Sucks, Friends Rule, was released to widespread critical acclaim, with its 2015 follow-up This Mixtape Is Fire reaching #1 on Billboard’s Top Dance/Electronic Albums Chart.

In 2018, Dillon released his second LP, WUT WUT, a Spanish-language album featuring some of the biggest names in Latin music; and a scripted comedy series, “Like and Subscribe,” in partnership with Funny or Die. The following year, Francis hit the road with sold out shows across the U.S., a massive performance at Coachella—where he first treated fans to a sneak preview of music from his critically acclaimed 2019 mixtape Magic Is Real, the fourth consecutive year of his residency at the Wynn Las Vegas and the release of the second collection of his Gerald clothing line with Australian label Barney Cools. With the reopening of the world on the horizon, Francis has much in store for the coming months.