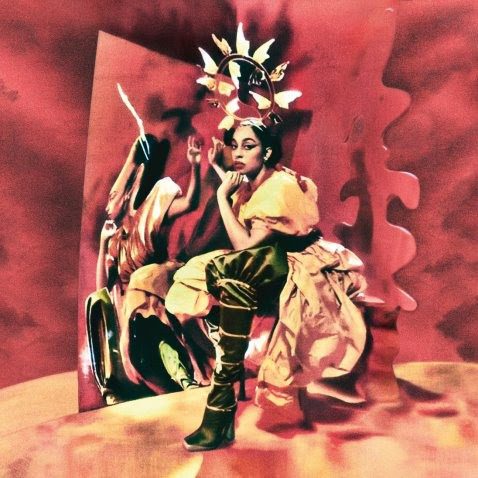 Speaking about the new track, Celeste reveals, “‘Little Runaway’ is a song about losing your faith, even if just momentarily, and seeking answers from spirits and ghosts as nothing seems to make sense on this planet. My favourite line in the song is ‘good news I could use some.’ I believe everyone has a guardian angel, a protector, and this is me talking to mine.”

The otherworldly artwork and images that accompany the single were created in collaboration with photographer Elizaveta Porodina, recently behind covers for Vogue Russia and Vogue China.

The new song follows Celeste’s sweeping FINNEAS-produced single “I Can See The Change,’” which drew praise from a host of luminaries. Upon the song’s release, FINNEAS shared via his Instagram “Celeste is gonna go down as one of the greats. It was a thrill to produce this song for her.” Watch the official video, also directed by Sophie Jones and premiered by Vogue, here. Celeste also shared a exquisite cover of the Edith Piaf classic ‘La Vie En Rose’ earlier this summer, streaming here.

With much more planned for 2020 and a debut long-form project confirmed for early next year, Celeste’s unstoppable ascent is assured.