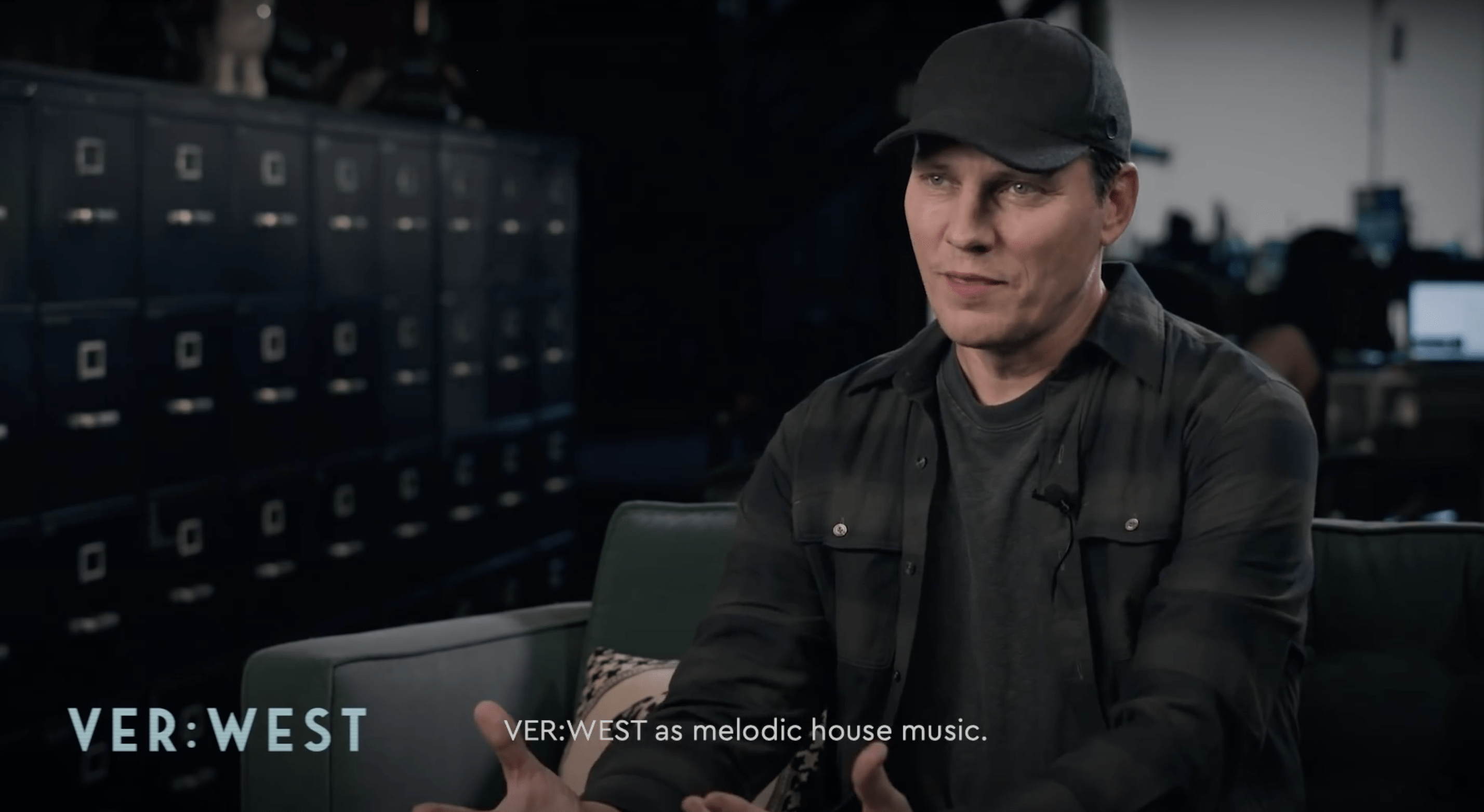 The godfather of EDM, Tiësto, is debuting his new “melodic house music” alias VER:WEST at Tomorrowland Around the World, adding another dimension of anticipation to the digital festival happening later this month.

VER:WEST, taken from the Dutch DJ’s real name Tijs Michiel Verwest, will fittingly perform on Tomorrowland’s Freedom Stage instead of the Main Stage where Tiësto has dropped bangers as a headliner year after year.

Tiësto and Tomorrowland revealed plans for the world premiere of VER:WEST on Monday, less than two weeks away from the digital festival.

“In my own words, I would describe VER:WEST as melodic house music,” the DJ said in a video shared across social media platforms. “A lot deeper and more chill, a very different energy than Tiësto.”

Tiësto said Tomorrowland gave him the opportunity “to express a different side of me which I’ve never done before,” and to “expect the unexpected I guess.”

Dance music fans have long hoped for Tiësto to return to his trance and progressive house roots, even as the legend has found success producing radio hits. Alas, it may not be trance, but Tiësto unveiling a deeper sound is major news that would warrant massive production at a festival in real life.

Despite having only a virtual stage at Tomorrowland this year due to Covid-19, Tiësto put faith in the possibilities.

“I know they are going to put probably amazing visuals around it, make it look really different and cool,” he said in the video. “I know it’s gonna look amazing.”

Tomorrowland’s digital festival themed “The Reflection of Love Part 1” promises “the world’s best technology in 3D design, video production and special effects,” according to its website.

The festival canceled its 2020 edition in Boom, Belgium, but announced its virtual home at the butterfly logo-shaped island of “Pāpiliōnem.” Ticket buyers will be able to navigate the interactive destination with a laptop, smartphone or tablet, without VR goggles.

Tiësto teased VER:WEST last week via a 15-second clip with a colon symbol. It was the same tune he played in his well-received AFTR:HRS set on the Reconnected | Beatport Live livestream in April.

Snippets of VER:WEST have been described by some as melodic techno, but Tiësto isn’t calling it that. By veering into a deeper sound, though, Tiësto is following a trend that many big-name DJs are exploring. That includes David Guetta, who is playing his underground alter-ego Jack Back at Tomorrowland’s Freedom Stage the same day as Tiësto.

Witness Tiësto’s new project the moment he uncovers it on July 25, the first day of Tomorrowland’s two-day digital festival. Day tickets starting at €12.50 and weekend tickets at €20 are available here.