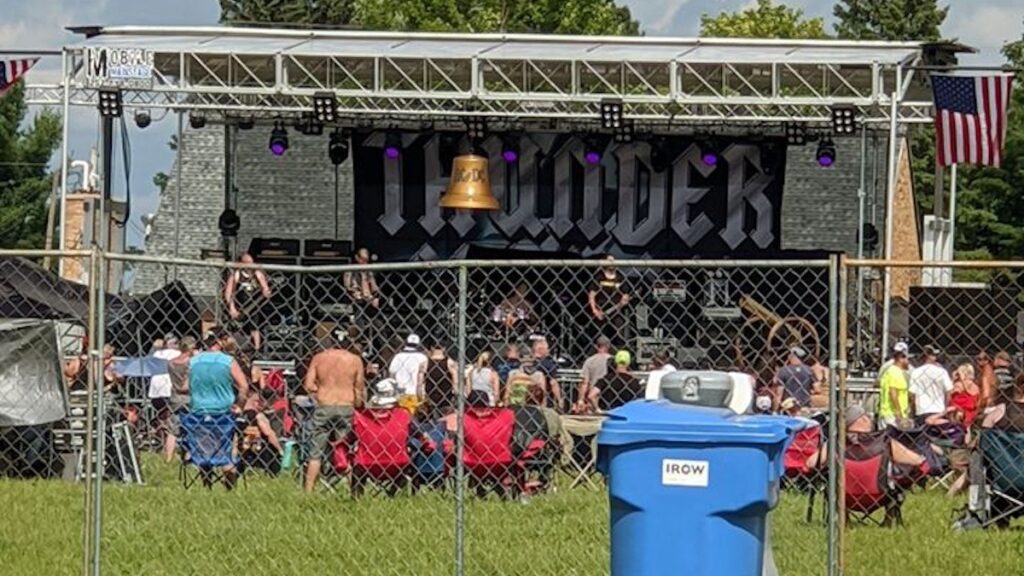 Despite major backlash, a three-day rock festival occurred this past weekend in Ringle, Wisconsin. The festival, originally named “Herd Immunity Fest“, was later changed to “July Mini Fest“. In the weeks leading up to this event, safety concerns were stressed for such a large event. As you know, live events are put on hold, with many postponed to 2021 due to COVID-19. Now that it’s all over, here’s a look at one of the first rock music festivals to take place during the pandemic.

“If we we’re gonna do anything like this, it felt like the safest bet I’d seen so far. I went with an open mind — and a little apprehension.”

According to event organizers, ticket sales were limited to just 2,500 to best follow social distancing guidelines. After reviewing photos and videos of the event, it appears the turnout was much less. Bands included: Sponge, Flaw, and Saving Abel. The real question everyone’s asking is if people socially distanced from one another. To give some insight, The Oakland Press interviewed singer Vin Dombroski. Dombroski, a lead member of the group, Sponge, thought that overall, the festival was a safe environment.

Dombroski added that critics should give the organizers a chance as he thought fans were doing a good job social distancing. Unfortunately, he did mention that most attendees were not wearing masks. Nonetheless, photos did show most attendees keeping their space from one another. Most people looked relaxed on lawn chairs with friends and family. Having the event outside on a large field did allow attendees to spread out and have their space.

Even with precautions in place, many still argue that it was too early to safely hold a public event of this size. As coronavirus cases spike in many states across the country, public gatherings pose a risk for easy spreading. For this reason, many believe we need a vaccine before bringing back large-scale live events. Lastly, let us know your thoughts on the “July Mini Fest” and if you would feel safe attending an event like this.