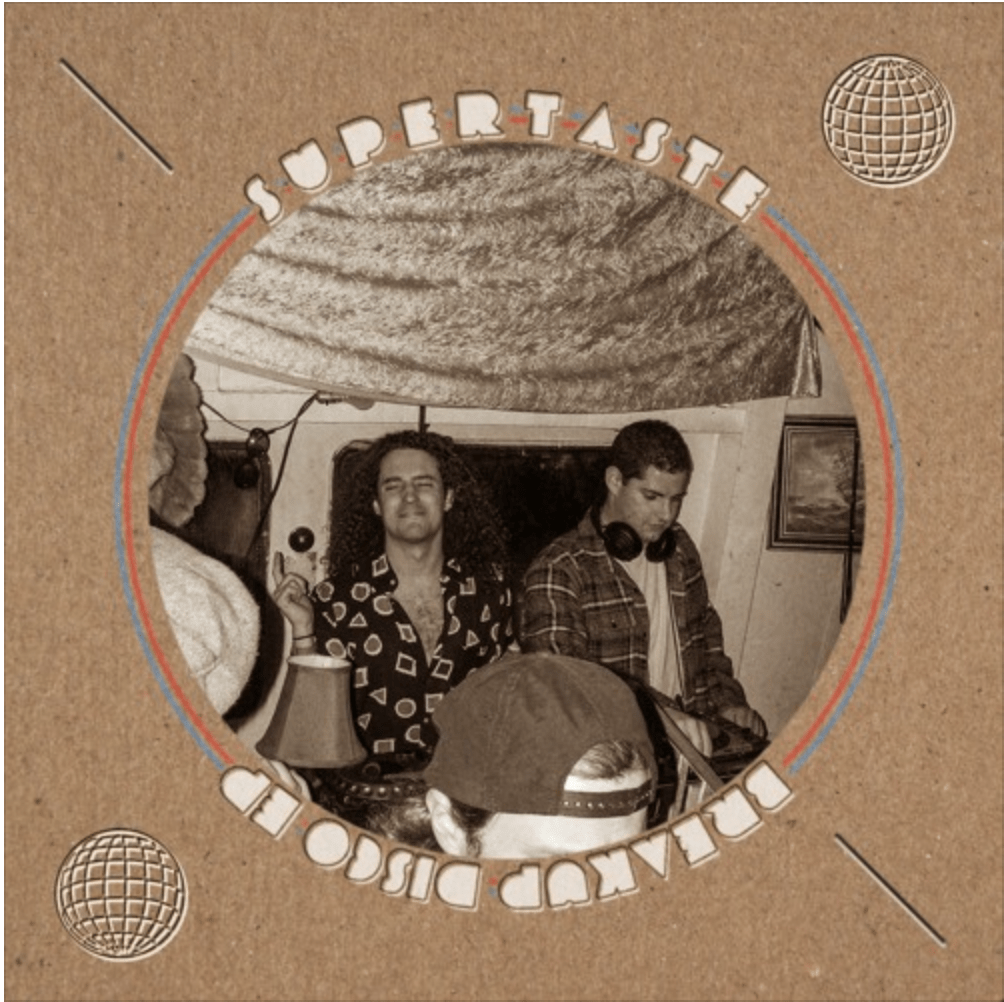 Supertaste has arrived, and if you’re into indie-dance, I think you’re going to love ’em. The duo hails from Brooklyn, New York, and brings a feeling of intimate disco house right into our own homes. In case you didn’t know, Supertaste is the joint collaborative effort of musicians Hundreds Thousands and Slug Father. The two have been working together for over two years spinning some of the best spaces in New York.

Their popularity as a pair birthed Supertaste. The duo’s mission is to “bring the sound of an 80’s walkman to the 21st century” as well as to “give listeners that warm feeling of walking to your favorite bodega after a night of dancing”. Their new 4-track EP, Breakup Disco, was inspired by the music that got them through their own personal heartbreaks. Thus, the debut EP was born. The EP harnesses the kind of uplifting retro funk that never fails on the dance floor.

The opening track, ‘Got Me Lose’, is a great introduction to Supertaste if you’ve yet to give them a listen. After just a single listen, the dreamy vocals had me wanting to sing along, without even knowing the words. Powerful. ‘When The Lights Go Down’ reminds of the type of track you’d hear during the credits crawl to you’re favorite 80’s movie. In addition to this, it features a sick saxophone solo that might even make Kenny G jealous.

‘Burning’ features a similar vibe to the previous two songs, and if you’re into those, you definitely will like this one. Its theme revolves around a love gone awry, and the singer himself is ‘burning up’. My personal favorite off the EP is ‘Comedown’. I could give you a breakdown, but I think it’s best if you just take it all in for yourself, and give it your own personal listen.

While there isn’t much that I can personally compare Supertaste’s indie blend of Disco & House to, that doesn’t mean you shouldn’t check this out. If you’re into artists like Phantoms or Purple Disco Machine, I think you’re going to love Supertaste. With that being said, be sure to check out their new EP, Breakup Disco.

Breakup Disco is out now via self-release, and can be streamed below, enjoy!