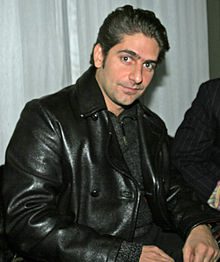 Actor Michael Imperioli, is more than just Tony Sopranos protege from the hit HBO show The Sopranos. Michael, along with Elijah Amitin, and Olmo Tighe make up the band ZOPA. Today, he had his DJ set on NTS radio. He played hit songs from Charles Mingus, the B-52’s and many others.

Imperioli’s selection of music was called “632 ELYSIAN FIELDS.” He played on July 8 at 1:00 PM EST / 10:00 Pacific time. Michael played for one hour. While looking through Imperioli’s Instagram, you can certainly tell he enjoys music, just as much as his acting career.

It’s always cool to see actors in a different light.. but just one question, should he have ended his set with “Don’t Stop Believing”?