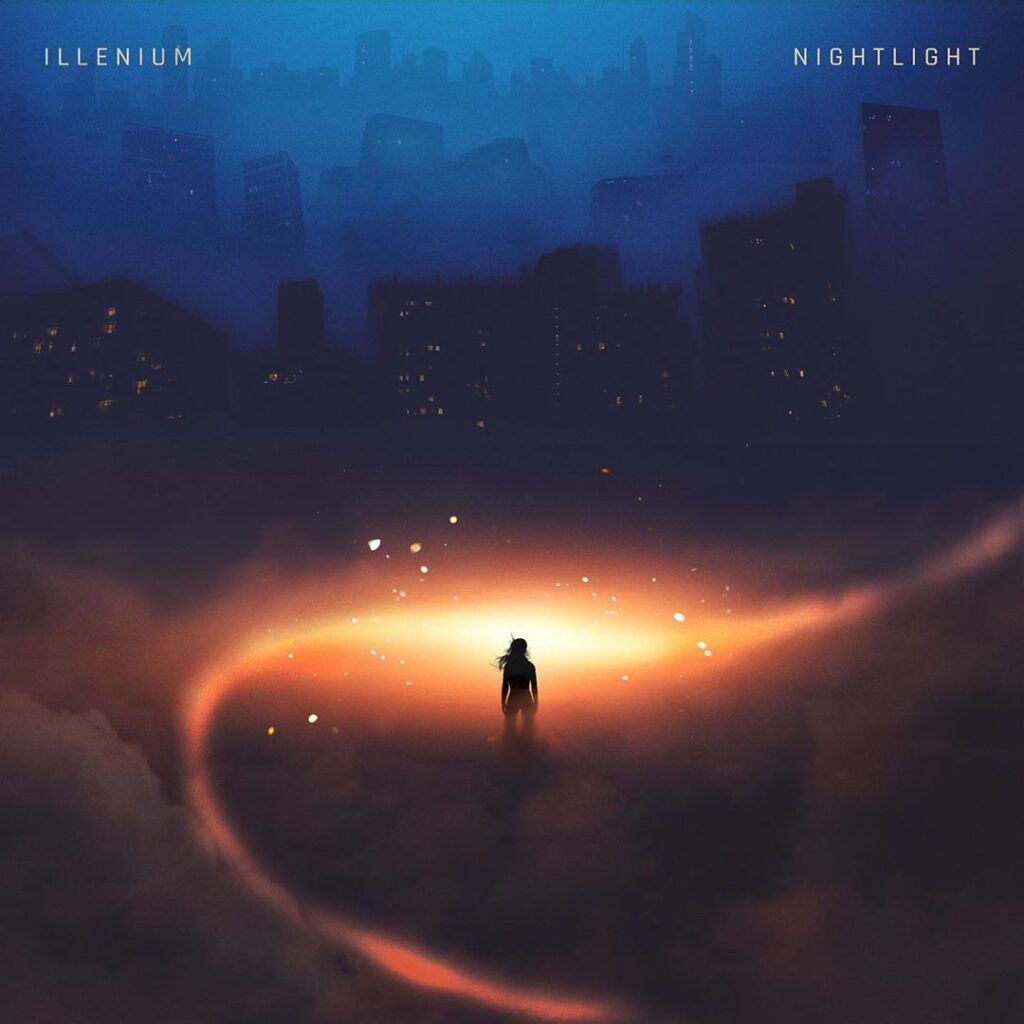 While many DJs have been speaking to fans during quarantine through livestream sets, Nick Miller has been quiet on that front, focused instead on producing new music. With ‘Nightlight,’ his first single of 2020 released on Friday, Miller a.k.a. ILLENIUM showcases just how well that’s gone for him.

‘Nightlight’ is ILLENIUM’s first solo release since his third studio album, Ascend, dropped last August. It is also his first track out with 12Tone Music, the independent label he is newly signed with. ‘Nightlight’ signals Miller’s next chapter after the Ashes, Awake, and Ascend albums trilogy. Yet this taste of what will be his fourth studio album ensures he isn’t abandoning the sound that gave him a meteoric rise to fame.

Co-written by Miller and singer Annika Wells, ‘Nightlight’ opens with her soft, angelic voice. The topline builds with a blend of emotion and base that embodies ILLENIUM at his best. It induces chills on first listen, so imagine its uplifting potential in a show setting. In a Reddit AMA on Friday afternoon before dropping the track, Miller said that the moment he heard Wells’ demo, “it let me escape immediately.”

Wells wrote the topline and “it’s one of my favorite progressions,” ILLENIUM told Dancing Astronaut. When he started building the track, it turned into a rocky sound reminiscent of Ascend. Meanwhile, the lead harkened back to his debut studio album, Ashes. “It was like a total mixture of both,” Miller said.

“That’s kind of the direction I’m going in, where I’m picking my favorite sounds from over the past four or five years and trying to make the best songs out of those.”

ILLENIUM produced ‘Nightlight’—and everything he has in the pipeline—during the coronavirus pandemic. With lyrics like, “and when I fall apart, promise in the dark, you’ll be my nightlight,” the track is “perfect for the climate right now,” he said on Reddit.

“The lyrics definitely give hope/light at the end of the tunnel.”

ILLENIUM admitted it feels “weird” to put out a song no one has heard live and go on Reddit, rather than see snippers of fan feedback. But the cool thing, he said, is that people had no idea what to expect. Miller thought people would jump on listening to the tune right when it dropped late Friday. That’s exactly what happened, and it’s given him the feels.