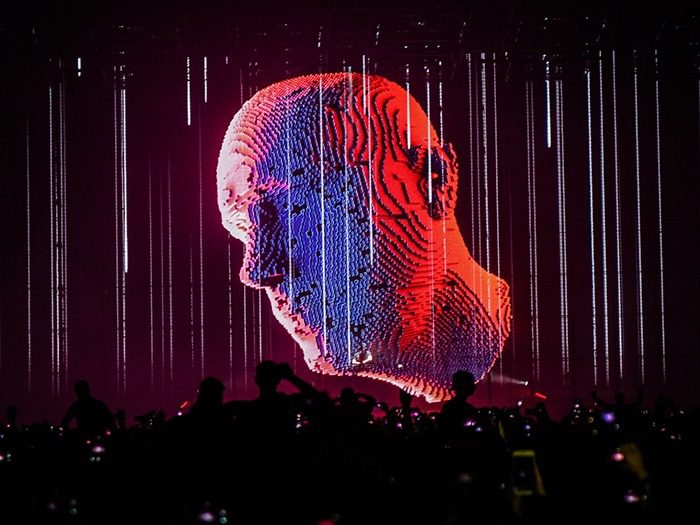 Eric Prydz is back with a bang! The Swedish legend has re-defined the overall dance music experience with his immersive audio visual shows over the entire span of the globe. The overall present scenario does not confine the man and he returns with another treat served right at the comfort of your homes. ‘CELL’ is the latest addition to his immense armor of engrossment. Come July 25th, he will dish out yet another spectacle through Tomorrowland -Around the World.

Like any other A-list dance music acts, Prydz had a host of shows lined up this year that had taken an impact owing to the current pandemic scenario. Standing out in the midst of these shows was EPIC(Eric Prydz in Concert) – Holosphere, probably the greatest dance music spectacle on the earth right now. This concept show utilizes a giant sphere laced with lasers and holograms surrounded by massive screens to give the crowd an experience of a lifetime. After making its debut at Tomorrowland last year, Holosphere was supposed to make its appearance at Tomorrowland & Creamfields this year among others.

With Holosphere ruled out for this year, it would be interesting to see what this magician and his team would have in store within the confines of the global lock-down. Prydz and his team might be the best bet around at this time when it comes to an audio visual extravaganza for the dance music world. Anyone who would have witnessed the evolution and experience of his EPIC shows might be a first hand testimony to this fact. The emergence of Tomorrowland’s virtual festival in the absence of a real one provided the Swede an opportunity. An opportunity to exhibit a different creative avatar of himself and his team behind the groundbreaking EPIC shows. He seems to have lapped it up with both hands!

Do keep in mind this would be done within the limitations of their respective artistic spaces and without the comfort of the traditional set-ups. Probably the name ‘CELL’ is aptly derived from the same. Consequently, it becomes all the more interesting to see how this pans out. We couldn’t have been more excited this year!

You can get your hands on one of those Tomorrowland – Around the World access over here.