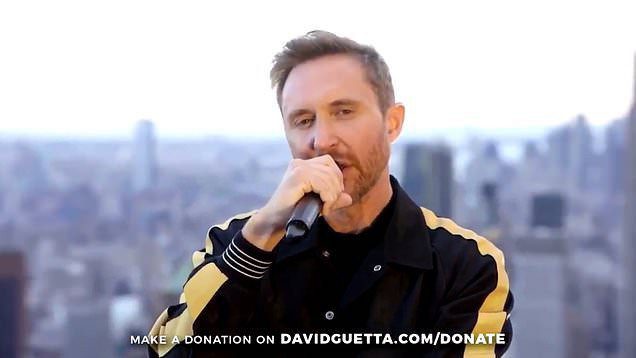 “Shout out to his family”, David Guetta said in a tribute to George Floyd. Talk about cringeworthy.

The ‘Titanium‘ DJ came under fire on social media for the tribute which he made during his live-streamed fundraising event this past Saturday. The event took place on a New York City rooftop to raise money for coronavirus relief charities.

“The world is going through difficult times and America, too, actually,” Guetta said during the performance. “Last night, I knew we were going to do this and I made a special record … in honor of George Floyd. I really hope we can see more unity and more peace when already things are so difficult.”

Me when I’ve DEFEATED RACISM pic.twitter.com/iqLM345U23

Viewers had strong and slightly amusing opinions about Guetta’s tribute on Twitter.

“There’ve been a lot of crimes committed against my ppl this weekend, but David Guetta putting a drop behind MLK’s ‘I have a dream’ speech is up there,” tweeted Rolling Stone writer Charles Holmes.