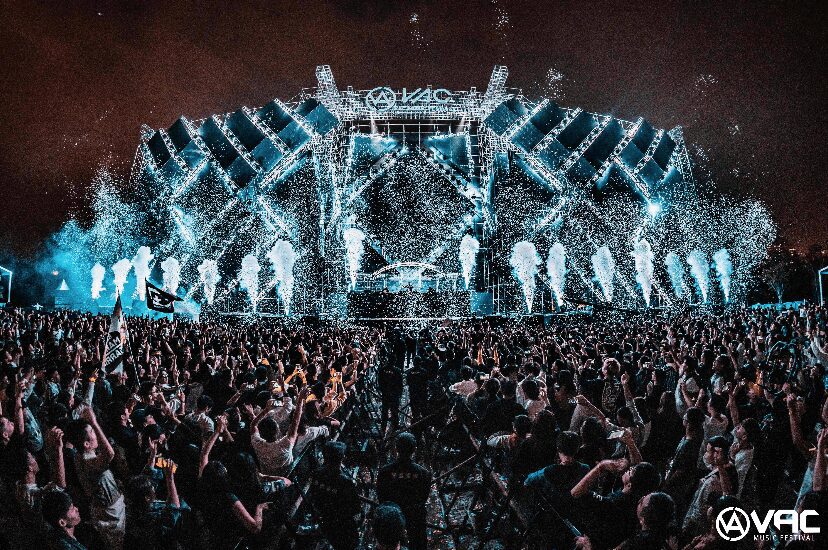 It’s October 2nd of 2018, and the western hemisphere is still asleep. Yet, a sea of 25,000 are losing their minds as Martin Garrix drops his infectious beats at the very first Vision & Colour Music Festival in Wuhan, China. Standing in the crowd are Toby Benson & Jace Cohen, co-founders of Versa in Los Angeles who helped create the festival.

Jace is a talent curator and tour director specializing in electronic music while Toby is an artist manager and entertainment marketer with a focus in live events. The two met nearly a decade ago, working together with EDM duo Dada Life as electronic music began to boom in the US. Their paths wove together time and time again, until the opportunity arose for them to create Versa, a powerhouse in the live entertainment space specializing in talent buying, creative strategy, event programming, and festival operations.

EDMTunes sat down with Toby & Jace for an exclusive interview on what it was like doing business in Wuhan, what’s next for China and the live events industry as a whole.

Q. How did two guys from LA come to throw China’s largest EDM festival in Wuhan of all places in the world?

JC: We had been exploring the Chinese space for a while and looking for the right entry point. Both of us had toured in China, worked on numerous events and of course knew the size of the market but hadn’t found the right partners.

In early 2018 we got connected to our soon-to-be partners who had astutely noticed a void in the Chinese festival market. International festival brands like Ultra, EDC, Life In Color, and several others were bringing satellite events to China, but there wasn’t a domestic festival brand that reflected the local culture. One that could grow with the community and also appeal to an international audience. After two initial conversations over the phone we flew to Wuhan to meet the partners and extended team, inspect the venue, and formalize a deal to create what later became VAC.

We flew back to LA and began booking talent which was challenging because we had to go to our connections in the scene – artists, managers, agents with whom we have decades of relationships – and ask them to trust us to bring their artists to a new market that few people  had ever heard of on the other side of the world for a new festival property. With the support of those artists, agents and managers we were able to secure artists like Martin Garrix, Marshmello, Don Diablo, Yellow Claw, 4B, Bassjackers, Ookay, and many more for our very first VAC.

Our announcement was massive, and the initial response was stronger than we could’ve ever imagined. In Wuhan, there are over one million college students, and this was the first large scale EDM festival that’s ever happened in the city. Sales were incredibly strong before the festival gates opened, and feedback was so good that within a year, Versa ended up producing two more full VAC festivals in Wuhan, both of which sold out.

Q. What was it like doing business in a culture that is so different from the US? What were some of the biggest challenges you faced?

TB: Some of the biggest challenges, understandably, relate to the cultural differences and our role is to bridge the gap between the two. Sometimes it’s hard for both sides to see and understand the other’s point of view because we come from such different backgrounds. One of our biggest learning curves was understanding how large of a role the Chinese municipalities and various government agencies play in large-scale festivals and working with them to ensure a successful and safe event.

That being said, the industry overall is newer in China than the US. The crowd is extremely appreciative and brings an incredible amount of energy from the moment doors open.

Our local partners also go above and beyond to ensure that the artists are completely taken care of throughout their stay in the country – 5 star hotels, personal liaisons, and top notch hospitality. They want the artists to feel comfortable so they return and tell other artists how great of a time they had. They’re such professionals when it comes to hospitality.

Q. What were some of the biggest achievements / highlights with Vision & Colour?

JC: Growing the festival from just an idea, to the largest domestic EDM festival is certainly an achievement we are very proud of. VAC Infinity (our second festival) was home to the largest stage at any indoor music festival in Asia coming in at over 650ft long!

We were able to work out a deal for Dimitri Vegas & Like Mike to go B2B with W&W and Yellow Claw for the first time in history at VAC Infinity.

We were also very excited to bring artists to Wuhan such as Illenium, DJ Snake, KSHMR, Slushii, W&W, Zomboy and many others.

Q. Being in the epicenter of the pandemic, how has COVID19 affected Vision & Colour festival? How has the overall festival landscape in China changed due to the virus?

JC: Just like everywhere in the world, the music festival business is currently in a state of flux, but as China went through this first they are also emerging out of it first. We think the landscape will look very different than before COVID, but we also strongly feel there’s an abundance of new opportunities that are emerging.

Broadly speaking, we expect that some of the smaller companies won’t have the resources to bounce back quickly or at all, while some of the larger companies will survive but take longer to redesign their infrastructure to reflect the new landscape. Those that will thrive will need to be lean, nimble and flexible in how they generate revenue.

Q. What does the future of music festivals in China look like?

TB: Festivals aren’t going anywhere in the long term. In the short to medium term we expect events to happen but perhaps with reduced capacities in certain cities. We also expect that artists from certain countries might find it harder to get to China due to travel restrictions. But at the end of the day, people love to gather and share experiences together… that desire is as old as human beings and so the goal now is to deliver that within a safe and enjoyable environment.

Ending Remarks
We thank Toby & Jace for taking the time to answer our questions, and look forward to hearing more on the future of music festivals in China and beyond. You can find more information about their company Versa HERE and Vision & Colour HERE.

To give a quick background on the co-founders of Versa:

Toby is an artist manager and entertainment marketer with over a decade of experience, specializing in live events. He is the co-founder of Versa, a music and lifestyle agency focused on talent buying, creative strategy, event programming and festival operations. Toby has been interviewed by NPR, Billboard, Forbes, Vice, Time Out and has spoken at ASCAP Music Expo, Winter Music Conference, ADE and EMC Australia. He co-created and was the creative director for I Feel Love, an immersive concert experience reimagining Studio 54, in partnership with Universal Music Group and has the Guinness World Record for the largest pillow fight in history.

Jace is a talent curator and tour director with over ten years of experience, specializing in electronic music. Prior to co-founding Versa, Jace was a Talent Buyer at Insomniac Events where he handled the event programming for a variety of international music festivals, concerts, cruises, and club shows. Prior to that he worked at the Live Nation headquarters in Beverly Hills, CA in the Electronic Touring Department where he looked after tours for artists such as Hardwell, Kaskade, Excision, Zedd and others. He has toured extensively throughout the world with artists such as Dada Life, Foo Fighters, Tommy Trash, Jonas Brothers, Dirty South, Lil Dicky, Keith Urban, Borgeous, Danny Avila, and Deniz Koyu.