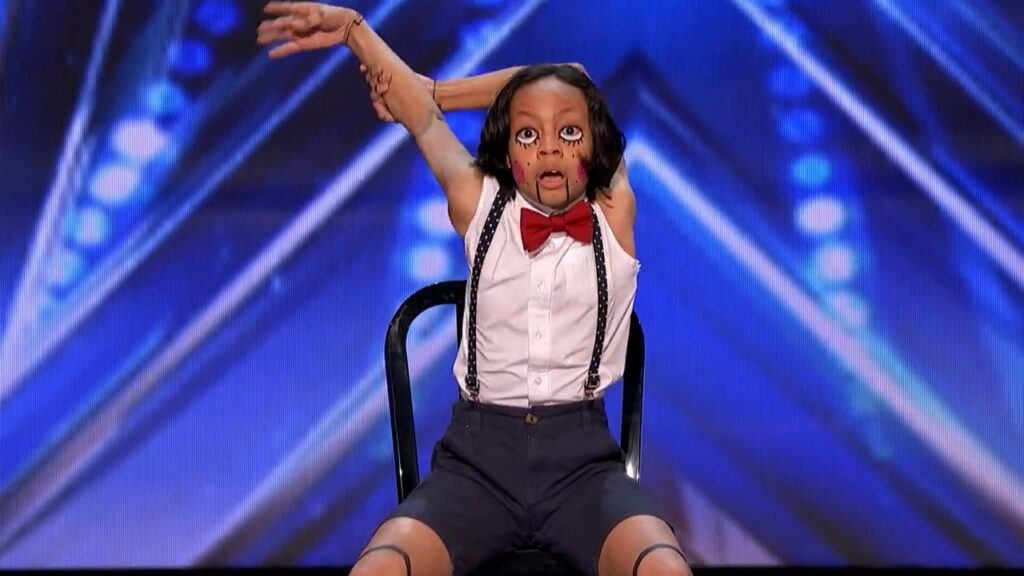 Excision got his debut on America’s Got Talent over the weekend. Well, in the form of a remarkably, bone-chilling dance from Noah Epps. He turned the crowd inside out with his crazy liquid moves to ‘Exterminate‘.

Dressed as a marionette, the 11-year-old performed a patented dance routine for the judges. It started out with a typical tut and robotic movement. He glided smoothly upon entering the center of stage. His makeup set to stun. But soon, his limbs twisted in ways you never knew you could imagine. Behind the head and around, he moved perfectly to each hypnotic beat. As realistic as a puppet, he contorted and exorcised everyone’s souls that night. Plus, give it that grimey, dubstep and it becomes an instant dance battle winning routine. I’m sure all jaws dropped while watching this.

Noah started dancing in first grade and lives the true underdog story. Kids made fun of him for “sucking” after he entered a dance battle. Now, he has proven himself more than meets the eye. Having performed live on national television, with an incredible performance, and also representing our EDM industry is an honor.

This kid is going places, and we are so happy for him to have made it. His courage and determination took adversity and turned it into strength. All judges were enthralled by him. Wouldn’t you be? It takes guts to perform for anyone, and Noah is happy about it!

Want to witness it yourself? Check out his performance below.