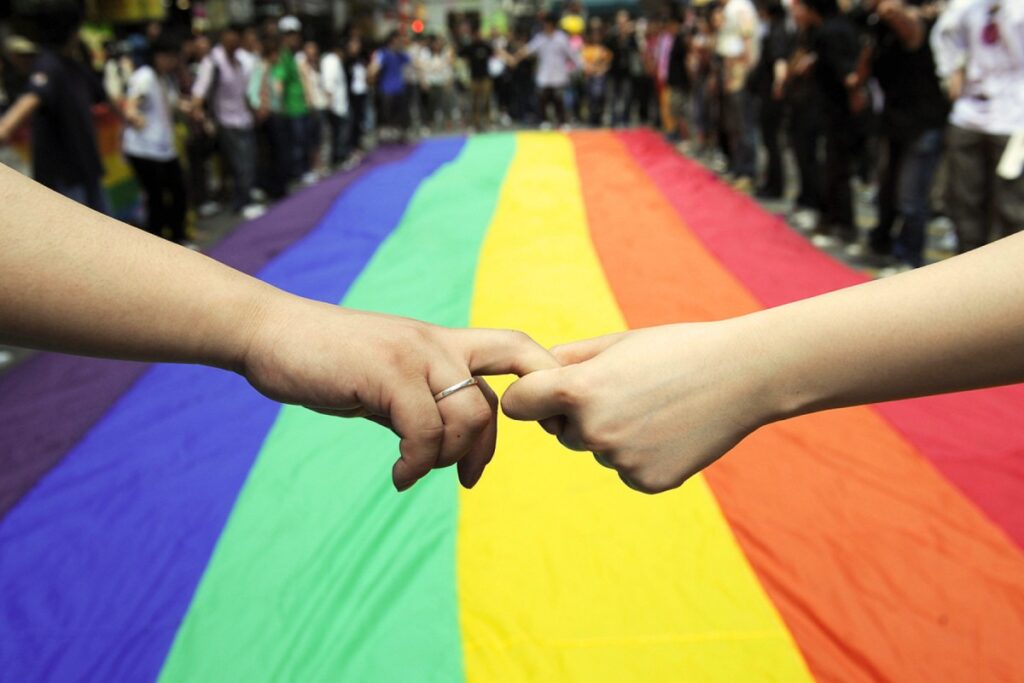 In solidarity with the Black Lives Matter movement and all those fighting for racial equality following the death of George Floyd, many in the music industry, including EDM.com, temporarily ceased business operations on Tuesday, June 2nd to align with those fighting for a better future.

However, let us not forget about another vastly marginalized group of people—the LGBTQ community, who are now celebrating Pride Month.

There are many core values at EDM's bedrock, but perhaps the most paramount is inclusivity. Whether it is through the genre's innately euphoric sonic flair or its ineffable proclivity to unify ravers at festivals, electronic music brings people together regardless of gender or the color of their skin. Ergo, it goes without saying that the EDM and LGBT communities are fiercely united, consistently supporting and lifting each other up in times of economic and social strife.

Pride Month, celebrated every year in June, commemorates that unity and shines light on a group of marginalized people who deserve equality. Each June, Pride Month memorializes the riots staged by members of the LGBT community in New York City against a police raid at the Stonewall Inn on June 28th, 1969. The incident represented a watershed for the community and helped to further pave the way for LGBTQ rights.

To celebrate Pride Month and the extraordinary members of the LGBTQ community who make it so special, we illuminated five openly gay artists and thrust them into the limelight to promote their brand of boldness, unmatched talent, and intrepid spirit. These five extraordinary artists are just a few of the countless gay artists in the EDM world, representing a mere microcosm of a group of people who are absolutely integral to our beloved dance music community. Without them, it wouldn't be what it is today.

Ducky is a spunky, barnstorming DJ and producer out of LA who is shattering the genre boundaries of electronic dance music with each adrenaline-fueled bass track she releases. Last year marked her first Pride Month since coming out and she found herself imbued with self-respect, taking to Facebook to share her "I Can't Think Straight" pride-themed mix for Apple Music while writing, "this is my first pride being out as gay and let me tell you it feels fucking great beebos."

Fresh off his 30th birthday, GRiZ continues to be one of the most prolific and outspoken members of LGBTQ community within the realm of dance music. After years of "want[ing] to hide it from everybody,” he dauntlessly came out in the summer of 2019 via a captivating op-ed in the Huffington Post, detailing his fascinating journey to self-acceptance. Pushing the genre forward with his distinctive blend of wonky trap music and seductive, soul-infused funk, GRiZ reinforces his status as one of EDM's most forward-thinking artists every time he unveils a new release.

At the ripe age of 15, young gun Moore Kismet is a prodigious producer who is in the midst of a meteoric rise to stardom in the bass music scene. They have carved out their own lane by masterfully producing glitched out, metallic trap tunes that have the turbulent energy of a computer gone haywire. The act of coming out at such a young age cannot be understated, and their courage permeates through each rip-roaring trap and dubstep song they release.

After years of rising through the ranks of bass music and releasing trailblazing tracks on some of the most coveted labels in EDM, like Mad Decent and Big Beat Records, New York-based DJ and producer KANDY bravely came out in 2018 and received a slew of support from the dance music community. "I think it was just time for me. I was ready with myself, it was within myself, it was a fight with myself for my whole life to do it," he told EDM.com at the time. "And I have this platform… why not use it to inspire other people who are in the same exact position I was in? I know it’s not the best position to be in. I want to be that voice to stand up and let people know it’s okay to be yourself."

Don't let Kittens' name fool you—she's one of the most fierce and fiery producers in the dance music world. The LA-based trap and pop beatmaker consistently champions the LGBTQ community and has emerged as an outspoken, charismatic leader amongst gay women in the music scene. "I’m gay as fuck and identify as a lesbian and have for almost 15 years…and I STILL get people thinking it’s some not serious just for fun/show thing," she said in a May, 2018 tweet.