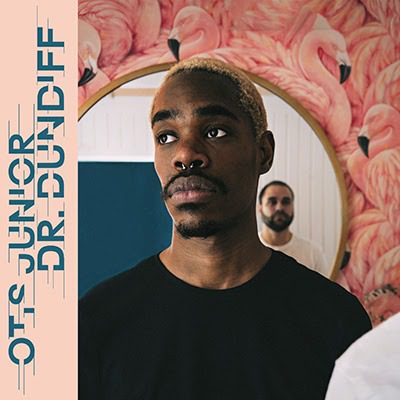 Louisville, Kentucky based collaborators Otis Junior & Dr. Dundiff announce their upcoming ‘Rising With It’ EP with the release of the first single ‘When It’s Sweet’ – out with accompanying visuals via Jakarta Records.

Otis Junior is a singer, songwriter, and recording artist based in Louisville, KY and originally from North Carolina. While most of his youth was spent in various performing arts, it wasn’t until later that art became a viable career path. After a few months spent flirting with the local open mic scene in 2015, Otis met the founding members of his band, The Jesse Lees, and one of his biggest collaborators, Dr. Dundiff. The duo have released multiple albums through Berlin-based record label Jakarta Records, earning them international notoriety. Through much time spent immersing himself in the world of music, and collaborating with artists around the world and around the corner, Otis has solidified his profound passions for music and art.

Dr. Dundiff (Done Different) is known as one of Kentucky’s top hip hop producers. With dozens of beat tapes and EPs to his name, Dr. Dundiff has made official releases with labels such as Jakarta Records, Cold Busted, Grand Garden Records, and more. He is best known to create tracks by sampling everything from vinyl records, YouTube videos, Vine videos to local news reports and sounds from everyday life. He just as seamlessly creates songs in which he plays and layers all live instruments himself. While staying in the realm of hip hop any one of his tracks can be soulful, jazz, down tempo, indie or any type of genre he feels.

“We all know what’s it like to overindulge. Whether it’s a tummy ache from too much candy, or the heartache of sweet, sweet love, ‘When It’s Sweet’ is a reminder that everything that is good to you is not necessarily good for you.” –Otis Junior

“I always title the instrumentals for Otis and he uses the title to write his lyrics. ‘When It’s Sweet’ is something everyone can relate to. Wanting something that is so bad, but it feels so good at the same time.” – Dr. Dundiff