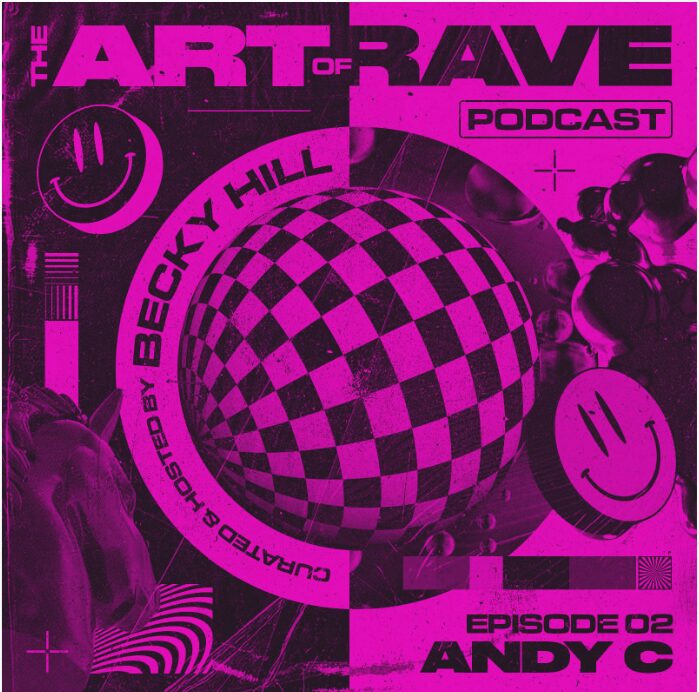 With her new single ‘Heaven On My Mind’ currently climbing high in the UK Official Charts Top 40, hitmaking singer-songwriterBecky Hill releases the second episode of her podcast, The Art of Rave. Over the course of the series Becky discussed rave culture with some of its legendary pioneers, including DJ Zinc, Roni Size, Pete Tong, Sister Bliss, Groove Armada, Fabio & Grooverider and more.

In episode two of The Art of Rave Becky and Andy C cover a wide range of topics including: Andy’s first rave experience (courtesy of his sister), the effect of technology on the “classic” and “happy accidents” in the studio, how a passion for sci-fi (and a disinterest in studying at school) shaped Andy’s early days of making music, setting up RAM records, legendary club nights AWOL and Movement, pirate radio, cutting dubs at Music House and how the rave scene is in a better place than it’s ever been.

As with all Becky’s guests on The Art of Rave, Andy C brings along three records that mean or say something to him, whether that’s because they’re by an artist that influenced him, remind him of a specific place or time, or feature a beat that defined his sound. These records are: ‘Know How’ by Young MC, ‘Valley Of The Shadows’ by Origin Unknown and ‘LFO’ by LFO.

Meanwhile, Becky selects the Andy C (& Shimon) record that exemplifies why she handpicked him as a guest for the series: ‘Bodyrock’, which Andy remembers playing for the first time at Movement at Bar Rumba after a drum n bass awards show.

While Becky Hill has an irrefutable aptitude for writing chart smashing pop music, her roots are firmly ensconced in electronic music. The Art of Raveprovides the perfect platform for Becky to delve deep into the dance music scene she is so passionate about.

Episode 2 of Becky Hill’s The Art of Rave podcast is  available on Apple Podcasts, the Acast app, Spotify and all other podcast platforms here