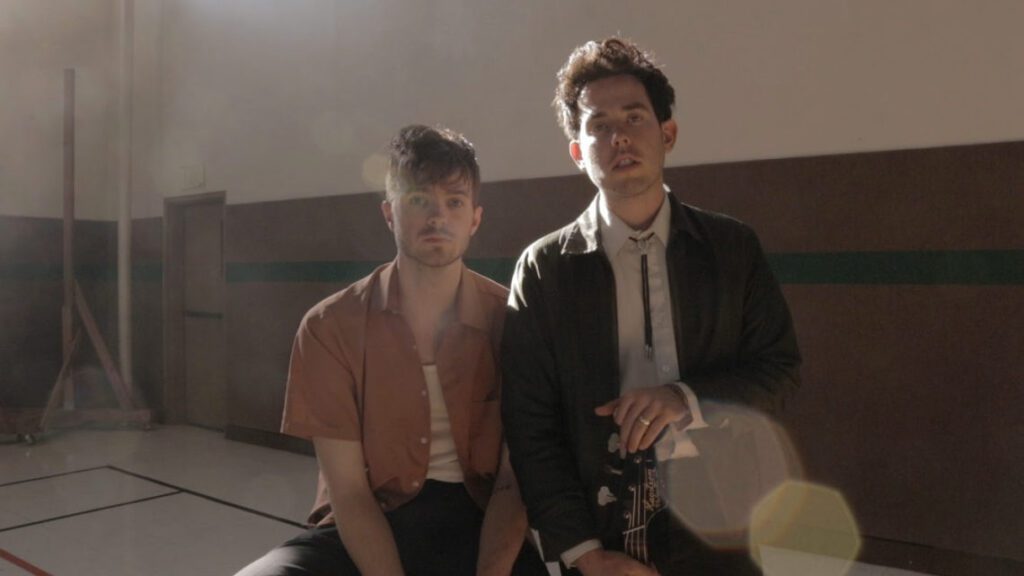 Baseball Game has shared their self-titled debut EP and music video for ‘Woman‘.

In their own words, the duo says this of their record, “Our debut EP is a collection of songs about nostalgia, desire, melancholy, and loss. Writing this album allowed us to sit down with ourselves and sift through the most human emotions we’ve experienced this past year. Each song felt like a race we didn’t have to win, rather we let them develop at their own pace, never forcing the process. That is something Baseball Game as a whole, and especially this album, allowed us to do.”

The EP takes flight with the robust ‘Baseball Game’.  Gusty guitars rip over a feverish beat as Carpenter sings, “I buried my future after swearing/We could find a way out.” The song focuses on life’s unsettling and unfulfilling moments as it relates to reminiscing both the joys and pains of past conditions.

‘Woman’ is a velvety, understated song about a romantic infatuation and fulfilling an emptiness deep within. Bennett’s electric guitar gently sways around Carpenter’s restful cadence, bringing things together to an even keel. “Woman” is a sharp demonstration of well-matched musicianship, seasoned artistry, and irrefutable potential. The “Woman” music video was directed by John Rizcallah, shot in Anaheim, CA, and draws influence from movies such as “Boogie Nights” and “Space Jam.”

‘Feelings‘ is a simmering digital meditation on compassion. The music starts with a simple synth patch and pulsating drumbeat that gives the song fluid tranquility. Over echoing synths, sampling instruments, such as the saxophone, and a trimmed beat, Carpenter sings his darkest melody. “Feelings” is a moody, quiet song that stands as the emotional turning point of the EP.

The EP closes out with the hopeful ‘See You Tomorrow‘. It’s an easygoing indie-folk endeavor featuring fragile, distorted vocals and captivating melodies. Lyrically, the song has the past and present shaking hands and going their own ways in order for one to find acceptance and peace within.

The self-titled EP showcases a band of ultimate promise, with a style that can go anywhere, do anything, and still feel exactly right. Baseball Game prove themselves to be a band of the utmost confidence, with nothing but possibility ahead.